Free Camping In Coober Pedy & Getting Out & Exploring

Free Camping In Coober Pedy On The Commons

There are no services at The Commons Free Camp at Coober Pedy so you must be self sufficient however there were no signs or information saying that you have to be self contained. 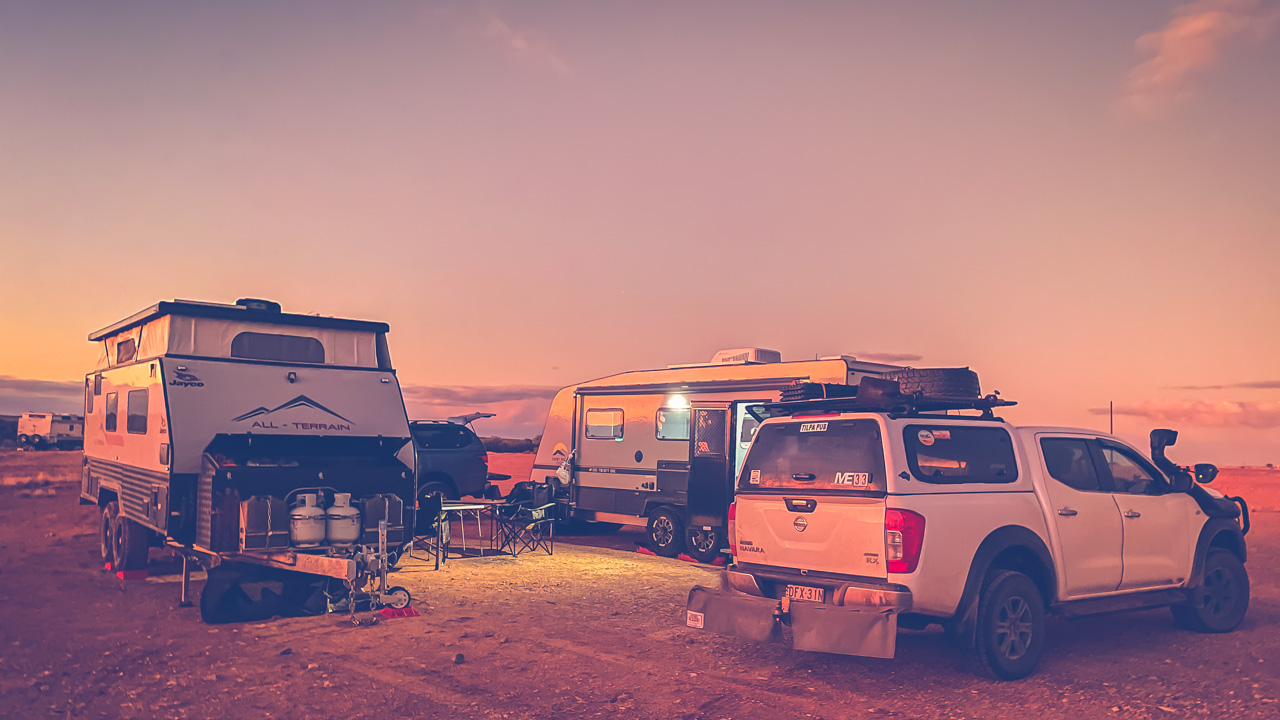 Free Camping On The Commons At Coober Pedy 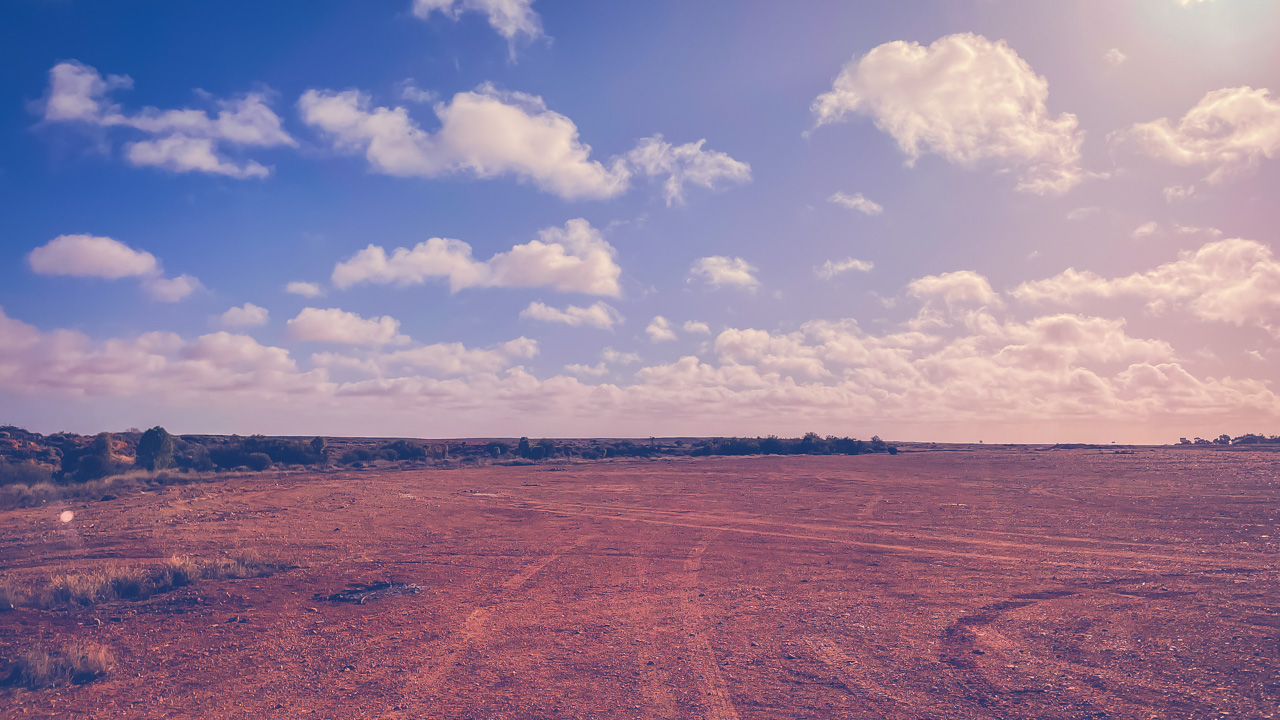 Loads Of Room On The Commons At Coober Pedy

We had absolutely zero security problems at the Coober Pedy Free Camp despite what we’d been told and had read. This was even with us and one other van being about the only vans there each day and night. We happily left the vans at the commons each day and went out and explored. As always when free camping we take simple security precautions. We put our chairs, table and BBQ away inside the van. We make sure the vans toolboxes and hatches are all closed and locked. Any valuables such as computers and iPads come with us in the car.

Things To Do In Coober Pedy

Go To The Drive-In Movies

This was a truly unique experience. It’s been a long time since we’ve been to the drive in. Never thought I’d go to one in Coober Pedy! The Coober Pedy Drive-In is the last operating drive in left in SA. It was a pretty good night. We thought we’d sit outside and watch it but it was a bit chilly Willy so we got back in the cars. We saw Black Phone – not the greatest of horror movies but it did make Amanda jump a couple of times. 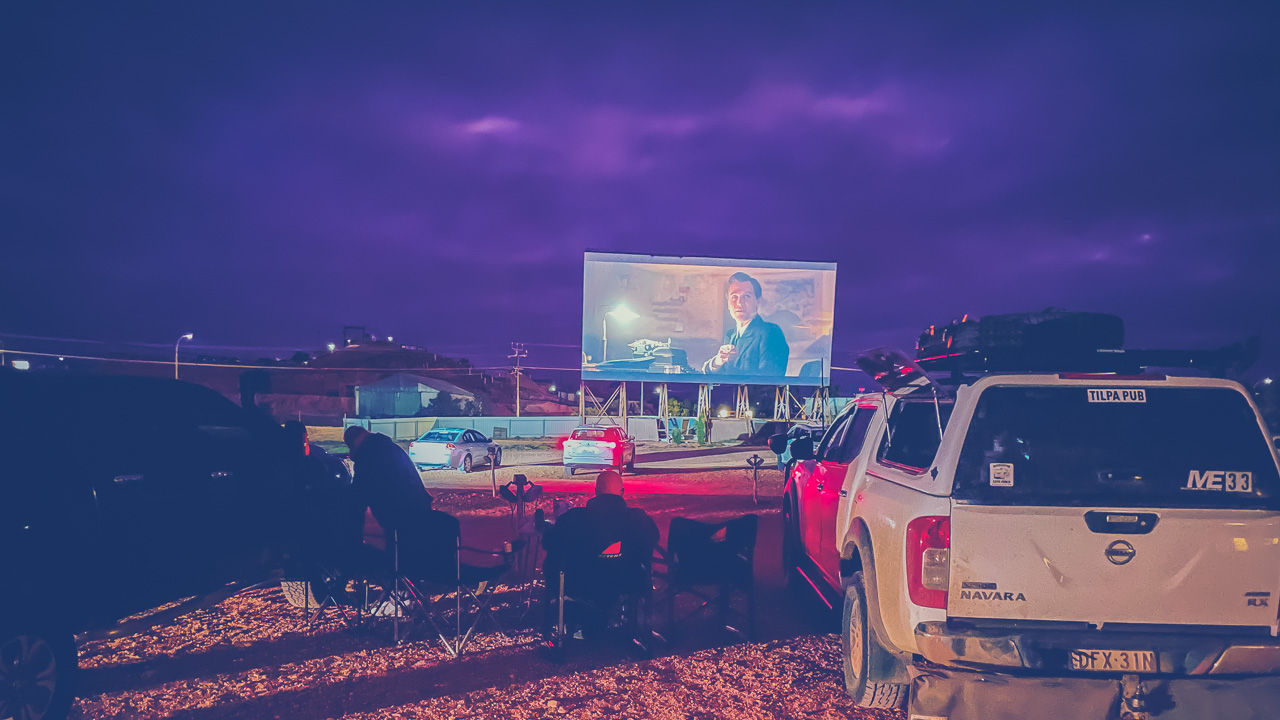 We drove up the hill to check out The Big Winch in Coober Pedy. It’s a massive bucket on the end of a winch. They also have an old truck up there with a blower setup fitted to the back of it that you can check out. The blowers are used like a giant vacuum cleaner to extract dirt and rock from the underground mines as it is being dug. It’s a great view from up on the top of the hill at the big winch and you can pretty much see all of Coober Pedy from up there. They have a restaurant and a coffee bar and they also show a movie about Coober Pedy. Enjoy a 360° cinematic experience at Coober Pedy. An Outback Cinematic Journey unfolds upon Australia’s first permanent Circlevison experience. we didn’t stay to watch the movie as we had a lot of things to do in Coober Pedy. 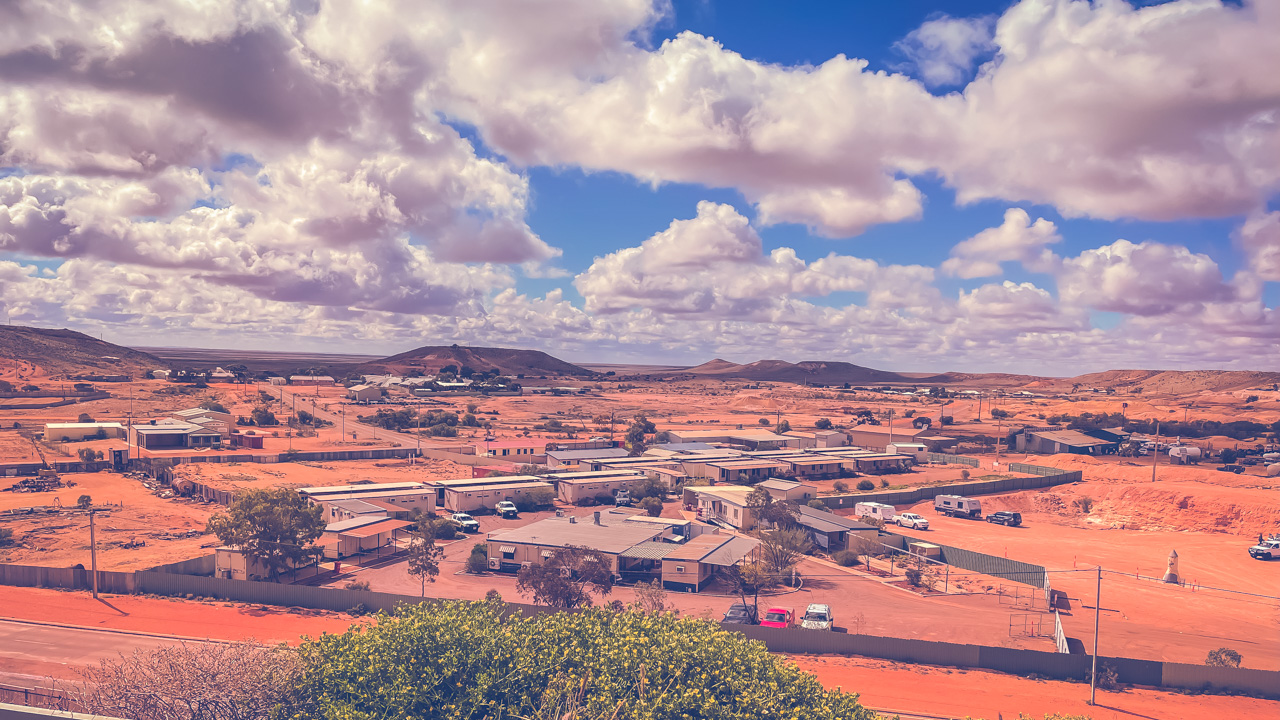 Views Over Coober Pedy From The Big Winch

The Old Timers Mine

We went in and had a look at The Old Timers Mine in Coober Pedy. It was quite well put together and very educational as to how they used to dig opal and live underground in Coober Pedy. We’ve been down quite a few opal mines over the years in different places and this was as good as any of them. 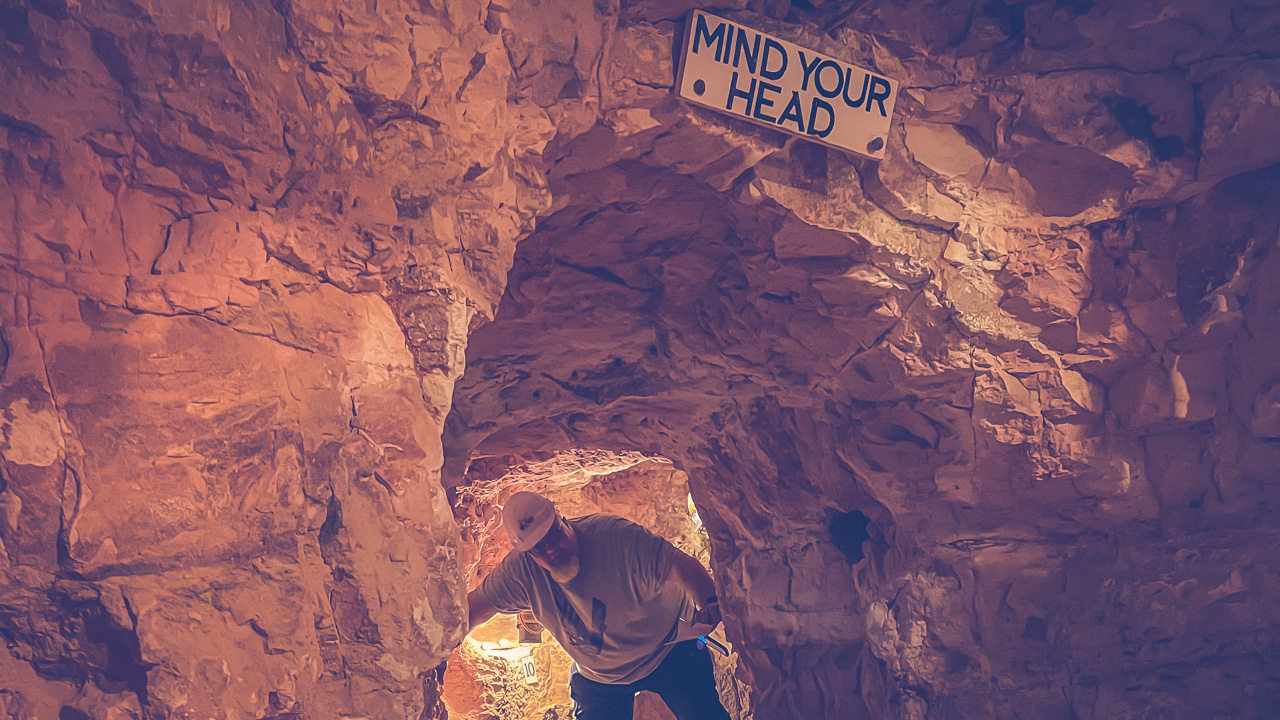 We’ve been to Coober Pedy before and had a feed at John’s Pizza Bar and it is bloody good! we went there again on this trip and it did not disappoint.

They do an Outback Range of pizzas and one of them features a Coat of Arms pizza, a popular, original fusion of sweet cranberry preserve and savoury Australian game meats, with the subtle flavours of asparagus and camembert cheese acting to balance the overall taste sensation. Basically you get to eat every animal on the Australian Coat Of Arms all on one pizza. Pretty cool. 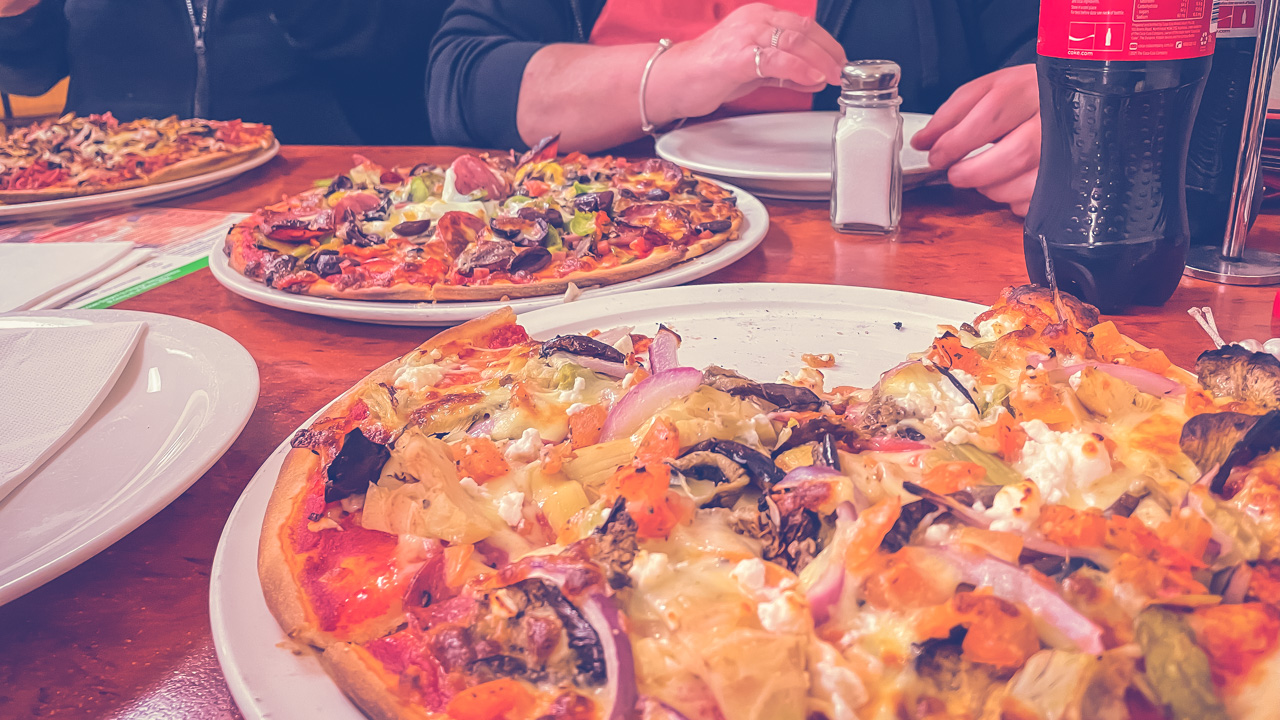 The Breakaways At Coober Pedy

We drove out to a place called The Breakaways about 30 minutes north of Coober Pedy to watch the sunset. The sunset was a fair bit above and beyond spectacular! I fully understand why there were at least another 20 cars out there admiring the views. You need to buy a pass from the visitors centre in Coober Pedy to access the breakaways or you can do it online. For $11 it is well worth the price of admission.

The Breakaways Near Coober Pedy

We called in and looked over the old cemetery in Coober Pedy. It’s one of the things we love to do in old or remote towns. It was very interesting and times must have been tough in Coober Pedy in earlier times and not many people managed to make it in to old age. 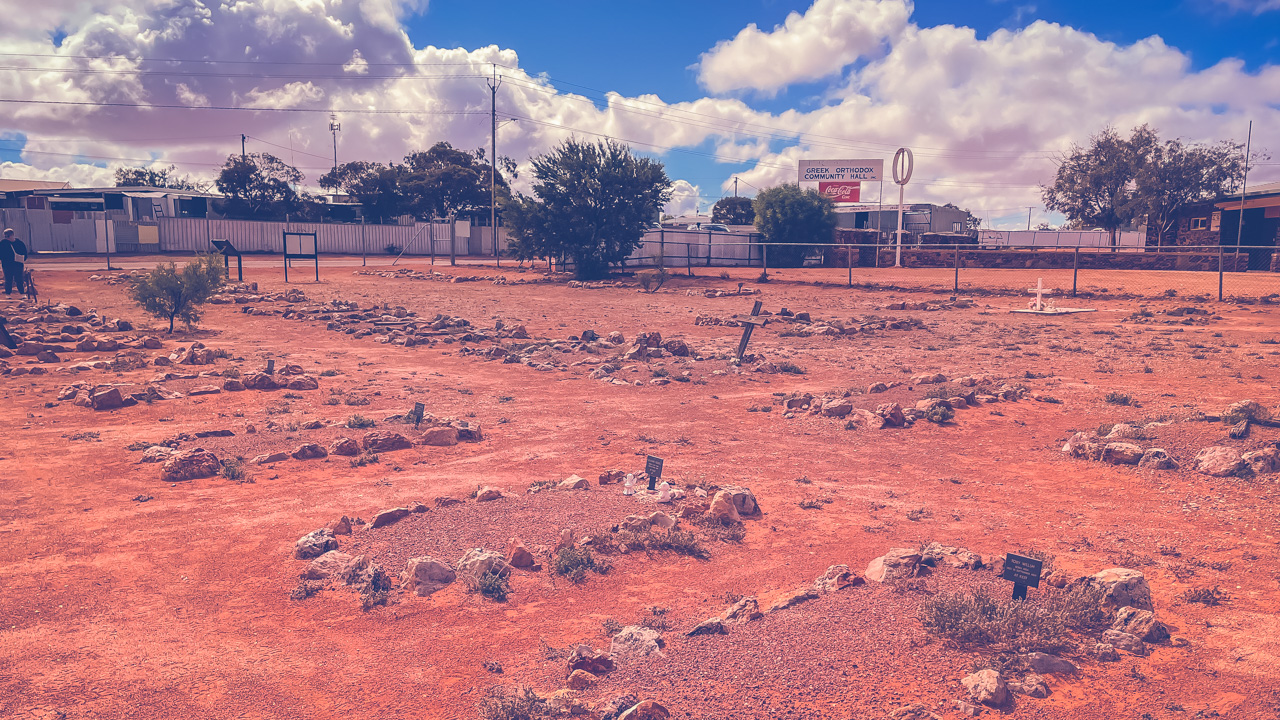