How To Use a 4wd Tyre Deflator

You need to know how to use a 4wd tyre deflator to lower your tyre pressure if you get out on dirt roads and sandy or muddy tracks. Watch my short video running through the basics of what you’ll need and how to get it done.

There is a technique to using a rapid tyre deflator. Here’s a quick how-to.

Identifying the Four Main Components of the Tyre Deflator 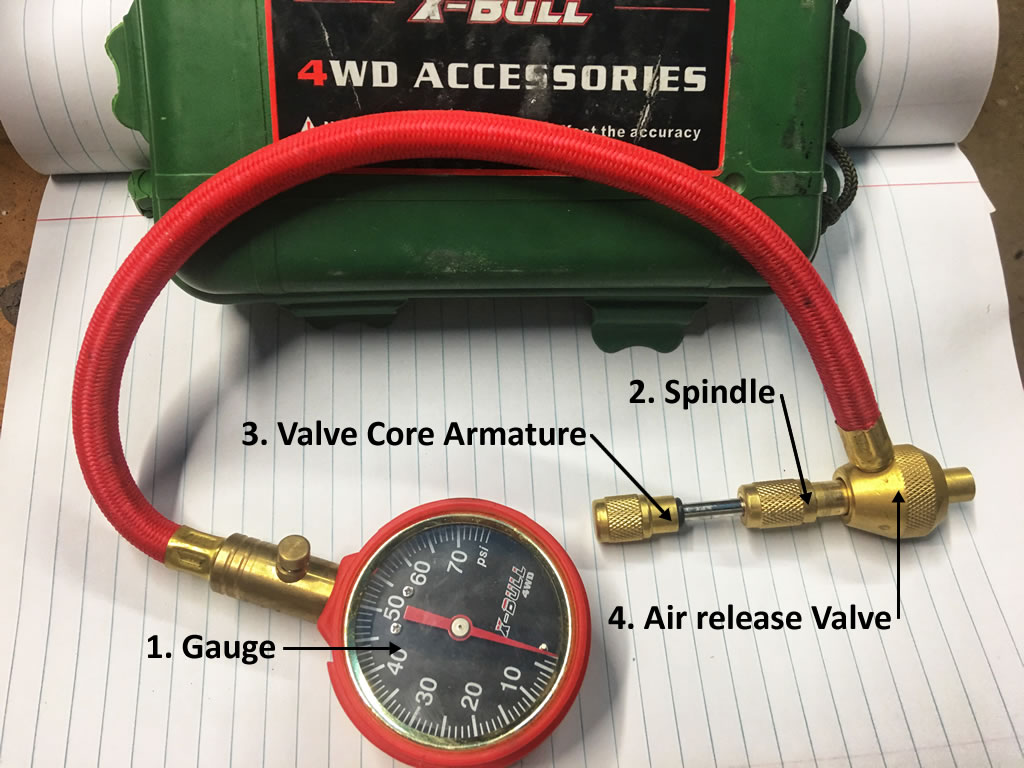 Using the Tyre Deflator – 5 steps to deflating a tyre

Step 1
Thread the spindle section onto your tyres valve stem. Make sure the threads are spinning freely and it isn’t cross threaded and your release valve is set to the closed setting (pushed towards the bottom of the tool).

Step 5
Once you have tightened the valve core (don’t overtighten – just snug is ideal), check the air release valve to make sure the valve core has been put back properly. If no air escapes you can remove the spindle by unthreading it. Replace your valve caps to protect the seal from dust, sand and dirt.

Note
It’s a good idea to carry a few spare valves and dust caps. Removing and replacing the valves with the rapid tyre deflator does run the risk of damaging the valve. I have used the deflator hundreds of times and never damaged a valve, but there will always be that one time. You can get them very cheaply off eBay. Spare dust caps are a good idea, I have lost quite a few over the years. Again, they’re cheap on eBay so don’t go stealing them in your workplaces carpark!