Last time we were away in the van one of the John Guest Caravan Fittings sprung a leak inside the cupboard underneath the sink. Luckily it was on the last morning just as we were getting ready to pack up and go home. I have installed a water pump isolating switch underneath one of the seats so I just turned it off before too much leaked out. It’s a good thing it didn’t happen during the night as quite a bit came out.

It was a pretty good leak. We dried everything up with some towels and once back home we put a couple of those moisture camel things in the van. Luckily no damage was done and it all dried out well.

I had been meaning to get some spare fittings as I had one let go underneath the van previously so I got online and ordered up some spare elbows, tees and some straight joiners along with a few metres of pipe. I ordered all 12mm fittings after I had put my vernier callipers on one of the pipes underneath the sink to check the size. The John Guest caravan fittings come in 10mm, 12mm and 15mm sizes. It turned out I had to order a few more spare elbows as the ones I was replacing were actually 12mm on one side and 10mm on the other. Bit of a pain in the arse but not the end of the world. The fittings work out to about $5 each if you order them online. I did buy a tee from a caravan place one time because I was in a hurry for it and that cost me $15 so it’s worthwhile getting them online if you can. 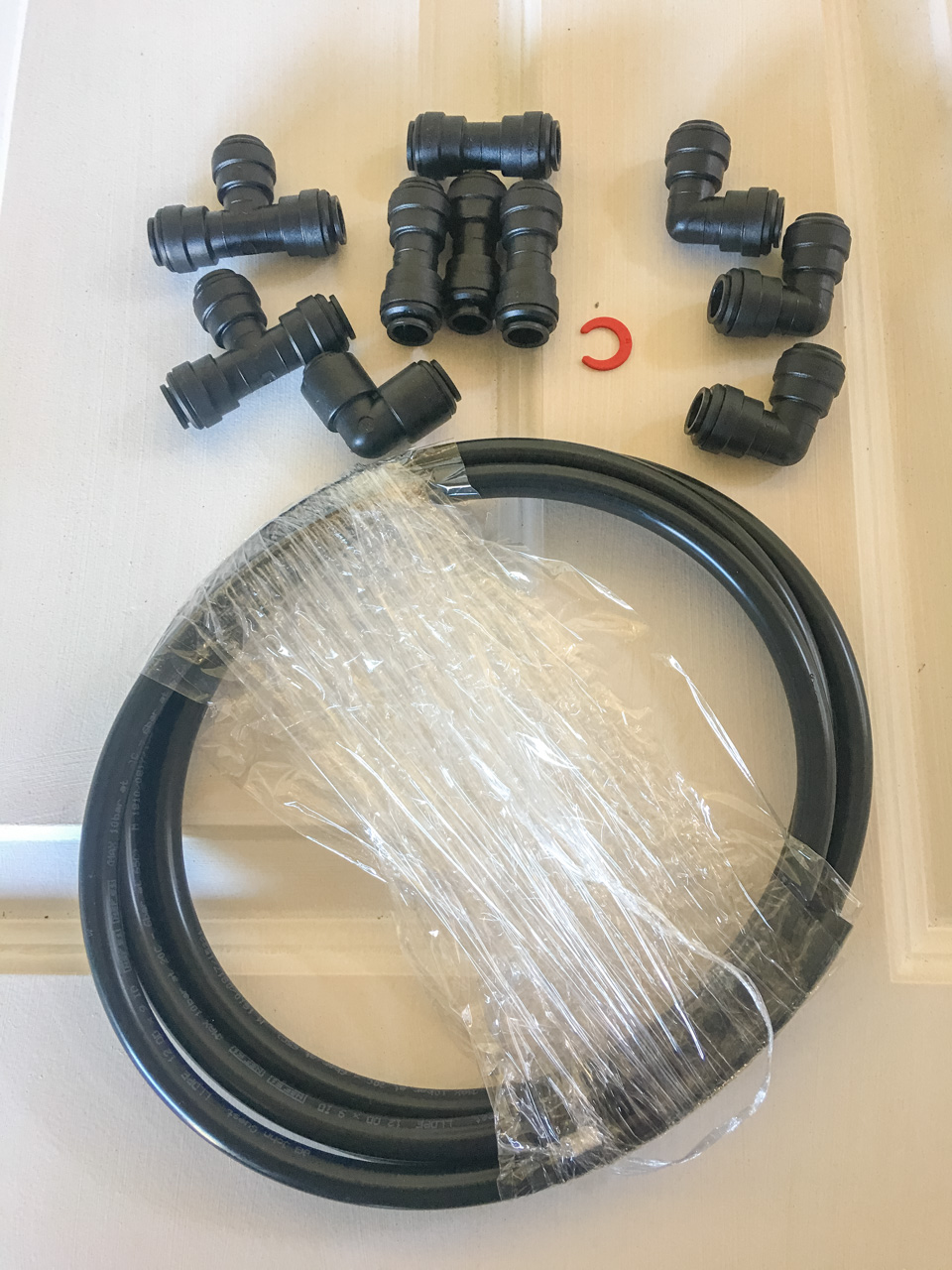 After the fittings arrived I grabbed a couple of elbows and went out to the van. To remove the fittings it’s very easy. You just need to press down on the little collar while pulling firmly on the pipe. 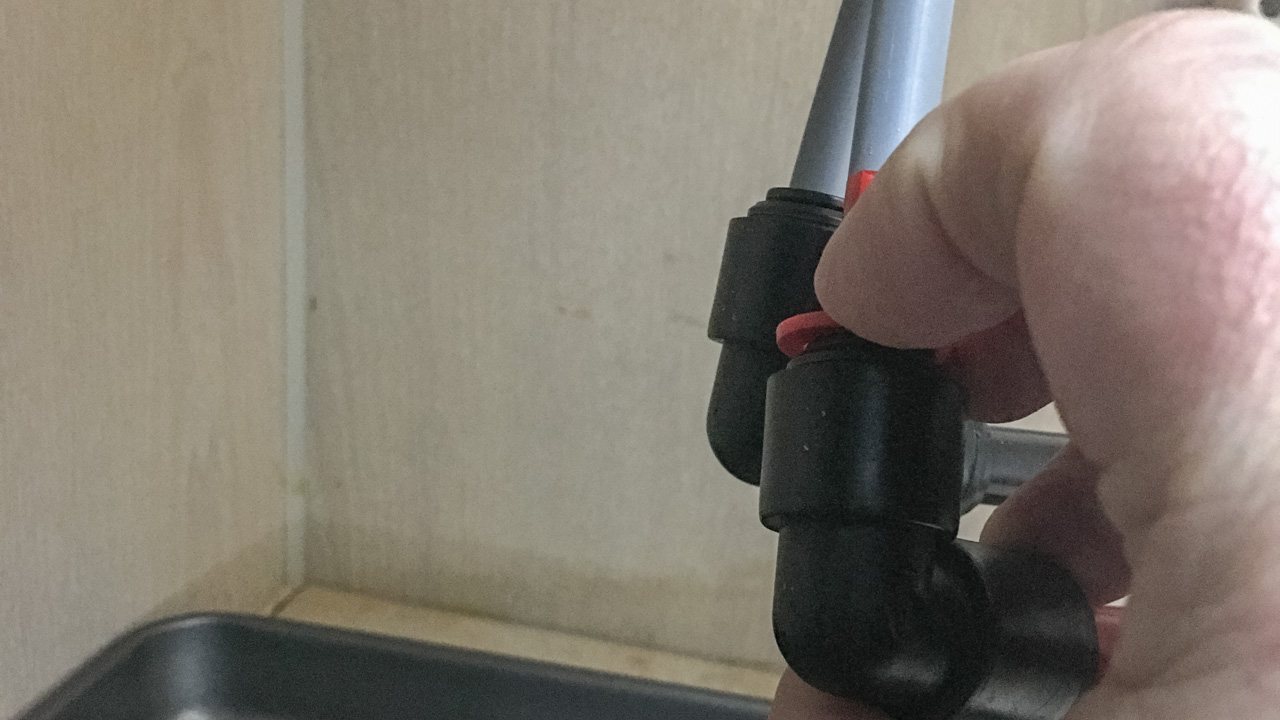 After removing the fitting I noticed that one of the pipes had been cut crookedly. The pipe has to seat firmly and squarely inside of the fitting so I trimmed it to be square. I have a tubing cutter to use for this, they cost about $10 from the plumbing section in Bunnings and make getting a square cut foolproof. Failing this a good sharp Stanley knife will also do the trick provided you take more care than whoever did the original installation did! Mind you the van is eighteen year old and probably hadn’t leaked up until now so I can’t complain too much about the original installer now can I?

To install the fittings it’s as easy as pushing it on to the pipe firmly until you feel it seat home. There’s no ‘click” or anything, it just won’t go on any further. If you want to check put a pencil mark on the pipe when it’s fitted around the collar then remove the pipe and you can visually see and measure how far it is inserted.

Why Do I Think The John Guest Caravan Fitting Failed?