We left Menindee this morning and drove to White Cliffs. The Wilcannia Menindee Road (east) was a better road than we had been led to believe but it was still pretty rough. The Wilcannia Menindee Road east road travels on the southern side of the darling river and leaves Menindee just out of town past where the Ivanhoe Menindee Road comes in to town. The west version is accessed out of Menindee to the north on the road that goes to Broken Hill. We were told that the east road was in much better condition so we took that one. The road looked like it hadn’t been graded for a while. It had corrugated sections and stretches of sandy red dirt. There were also quite a few bulldust holes, not many of them marked. 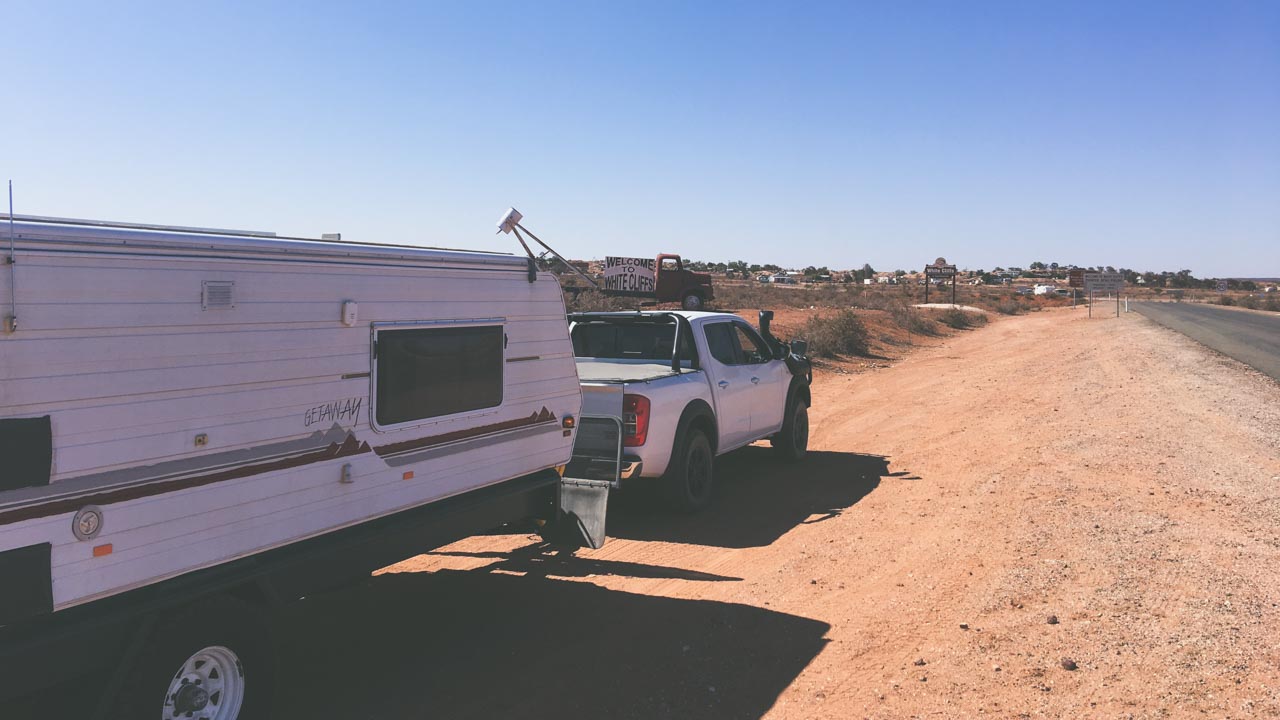 Coming In To White Cliffs NSW

White Cliffs is an interesting place, it’s an Opal Mining town and in some ways it’s like Lightning Ridge but on a much smaller scale. Like Lightning Ridge there is a real sense of humour in this town. There are funny signs all over the place. There’s a touring map you can follow around town and on the route you drive past somebody’s toilet, everybody’s toilet and nobody’s toilet. Also many signs on abandoned caravans advertising “room for rent – water views”. 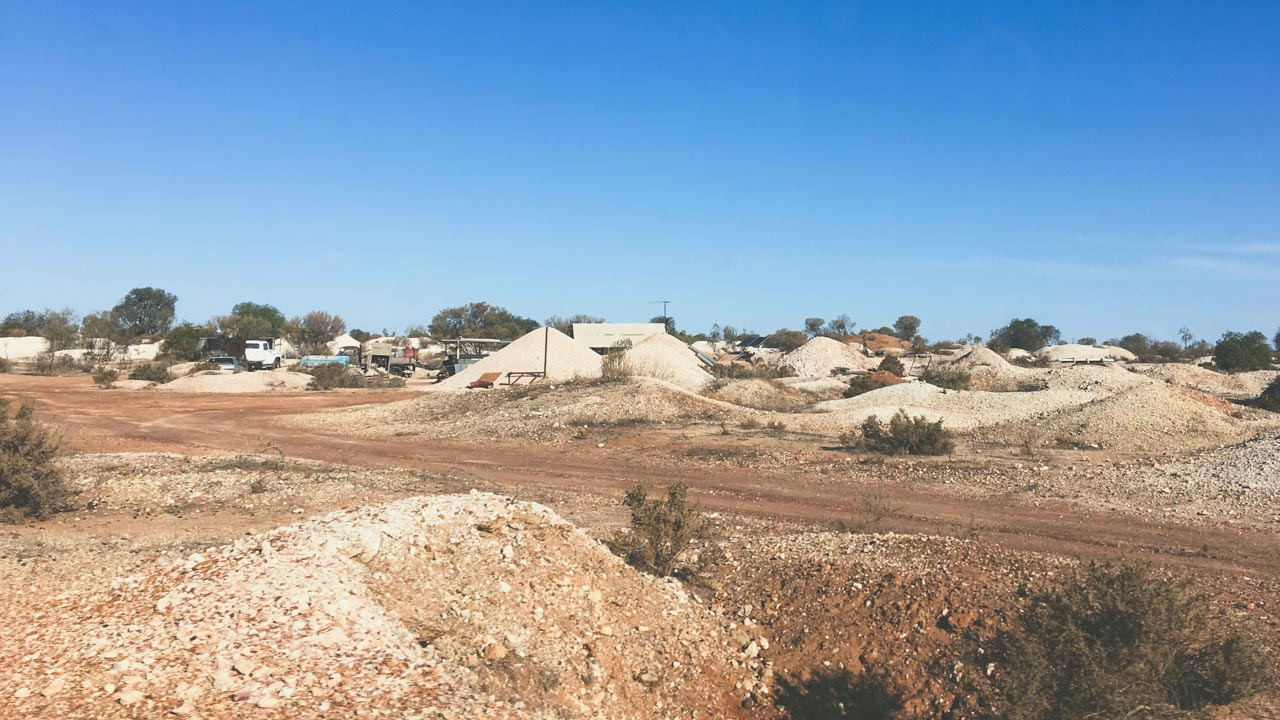 What isn’t on a small scale are the meals in the pub! They were massive and tasted great. I went a beef schnitzel and the thing was humongous.

We camped the night at the White Cliffs Caravan Park. It’s the only one in town so it’s very easy to find. For $15 a night you have access to water, toilets and nice hot showers. You can’t ask for any more than that. 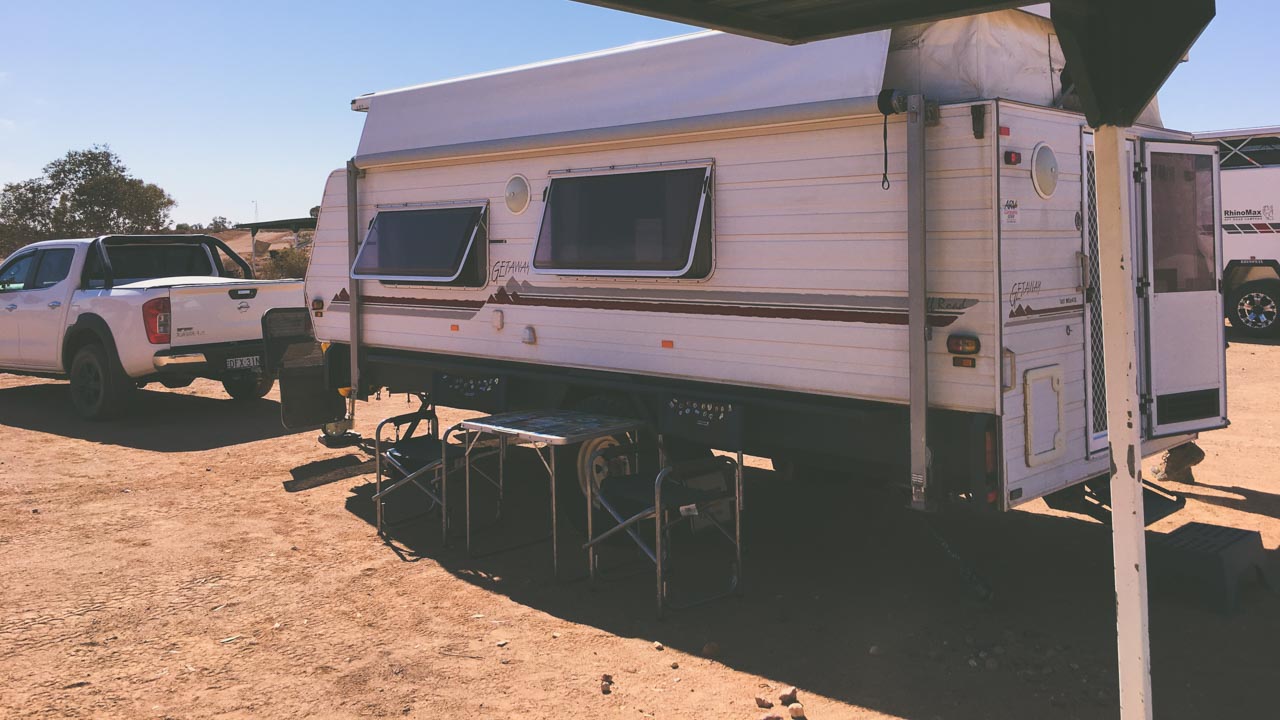 In the morning we are off to Trilby Station, it’s a working sheep station near Louth for a few nights. We plan on stopping in at the Tilpa pub on the way there.