We travelled up to Menindee from Carrathool via the Cobb Highway and Ivanhoe Menindee Road to meet up with our mates from the MARS Enthusiasts camper trailer group.

We left Carrathool and headed towards Hay where we fuelled up and headed North along the Cobb Highway to Ivanhoe. This bit of the trip is part of what is known as “The Long Paddock”. On the way we stopped off at One Tree Hotel again. It’s a cool place with great history. 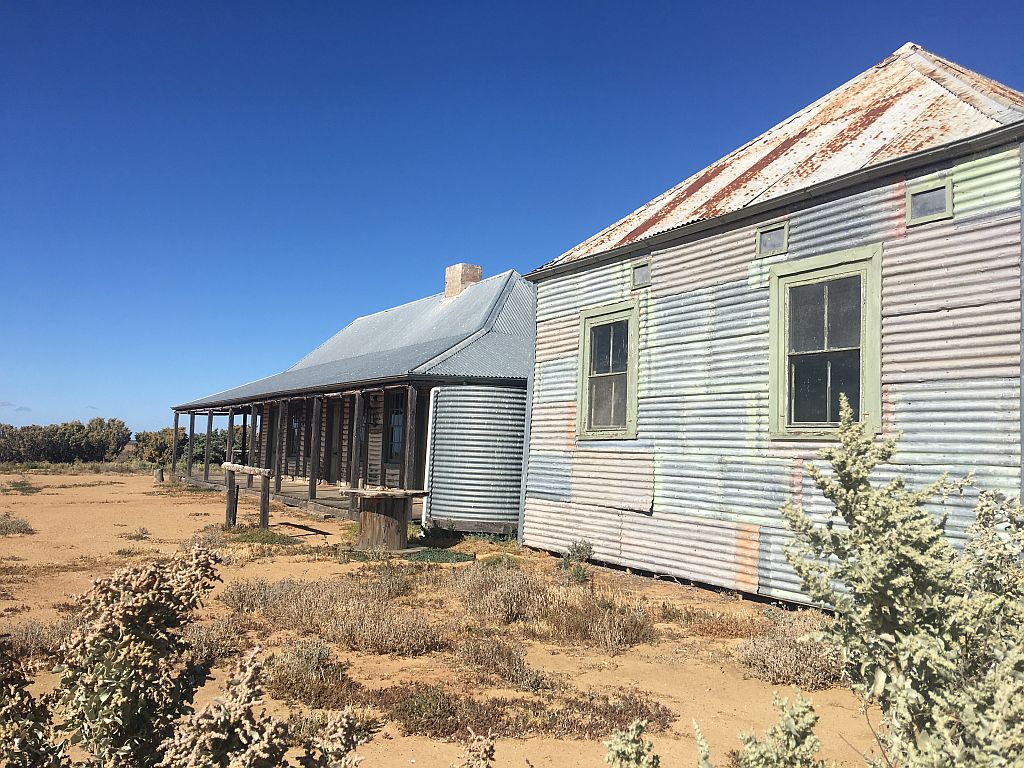 One Tree Hotel On The Cobb Highway

We fuelled up at Ivanhoe then hit the Ivanhoe Menindee Road again. We absolutely love this road. The Ivanhoe Menindee Road is an absolute beauty. We have used it heaps of times. It goes from being mild to wild depending on when it’s been last graded and how many unthinking people have driven along it while it was wet. It’s about 200ks long. Slow down getting on and off the short bitumen bits either side of cattle grids as they can have some pretty good drop offs. There are alternate ways you can go to avoid it but we love it so there’s no way we are going out of way to not travel along it. 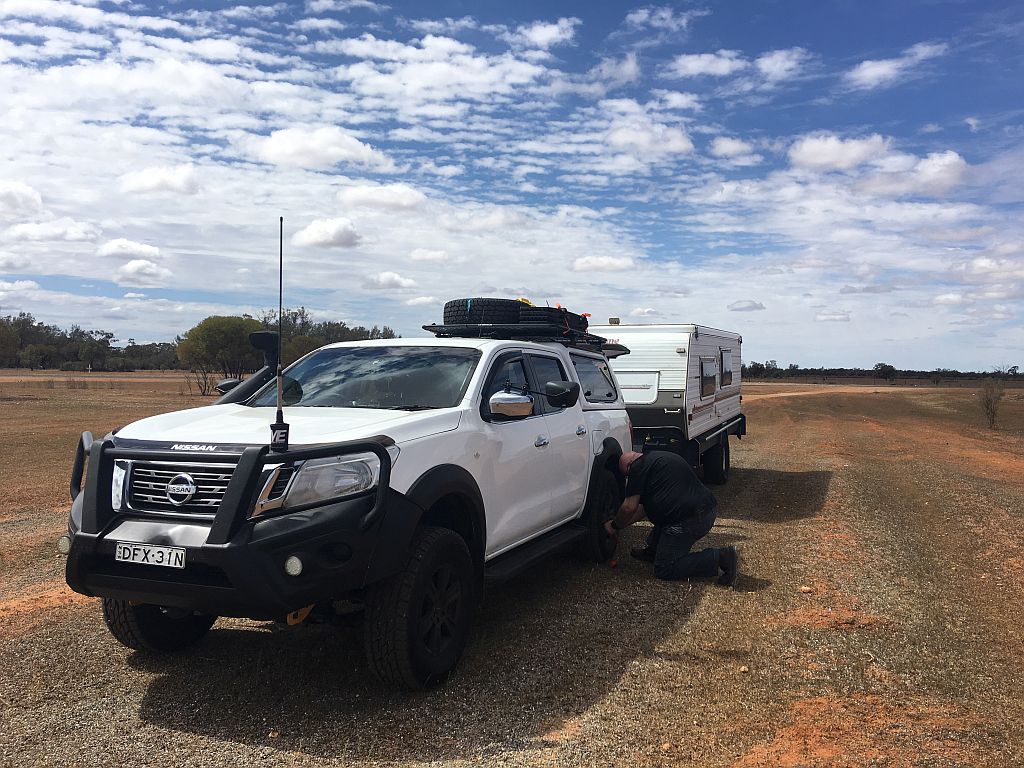 Dropping Tyre Pressures In Preparation For The Ivanhoe Menindee Road

The campground on Lake Pamammaroo near Menindee is an absolute gem. We’ve been there three or four times now and and it’s awesome. You have your choice of camping on the lake foreshore or on the banks above the river near the weir. There is water available although it is untreated and not fit for drinking and flushing toilets. Loads of bins are provided and they are emptied regularly. 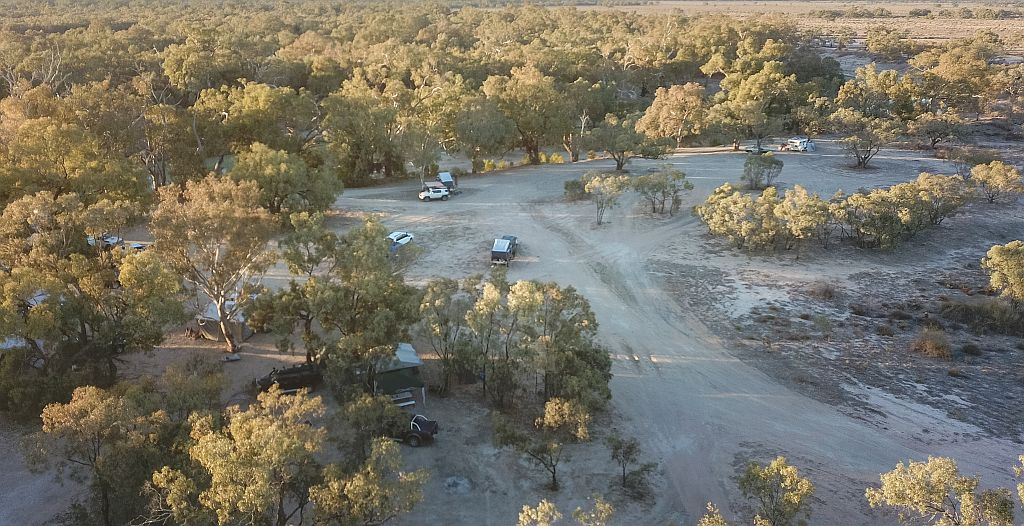 After setting up camp at the Burke & Wills free camp ground on Lake Pamammaroo we all went out for dinner at the Maidens Hotel. It was a good way to end an excellent day and catch up with old friends and a few new ones. The meals were really good. Everyone was really excited about the upcoming trip to the Dig Tree and Birdsille. Back at camp we had a few beers, lit a fire and talked in to the evening. 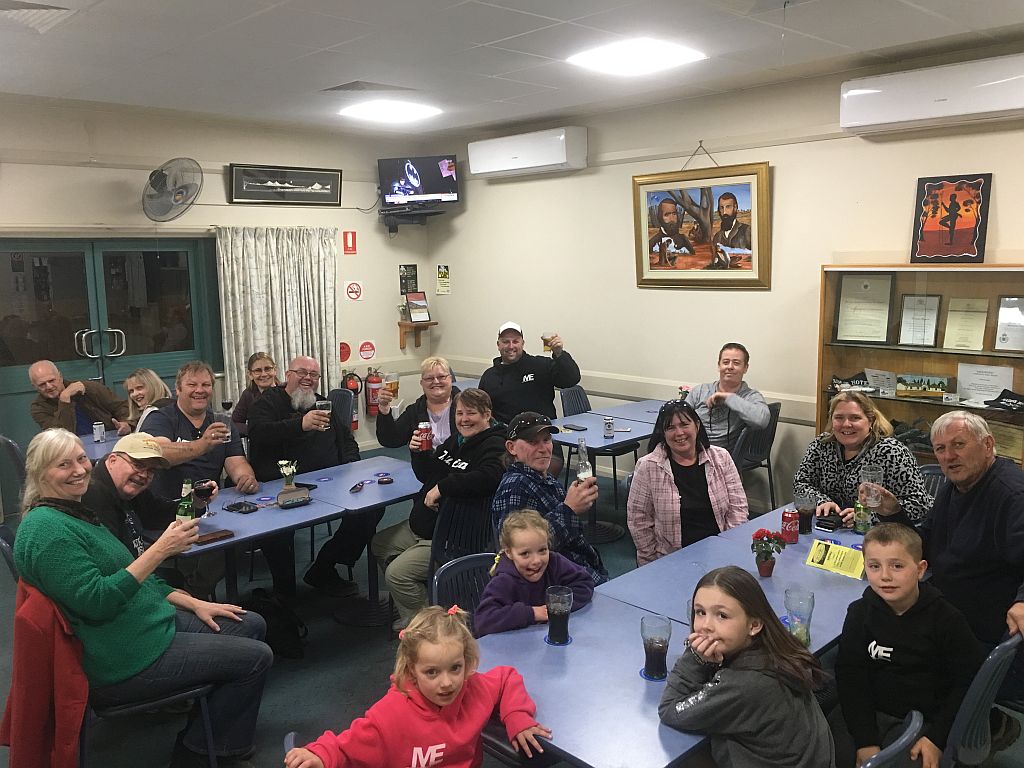