We spent a couple of nights camping at Farina again. What a fantastic place to camp on the edge of the desert. There is so much to do and see!

We spent a good few hours exploring the old ghost town. This was the fourth time we’ve been to Farina and we still found a load of things we hadn’t seen before. I think we’ll keep on going back and discovering even more.

Using The Donkey Boiler While Camping At Farina

The camp site has drop toilets and welcome hot showers fed by an old donkey boiler. The old donkey boiler is an amazing piece of old school technology. You build a very small fire underneath it it and 30 minutes later you have an endless stream of hot water. We know how they work so we always light the boiler and get it going in the early evening. It’s quite funny to see other campers wander across before the donkey is lit go in to the showers and then walk back out a few minutes later because there was no hot water! 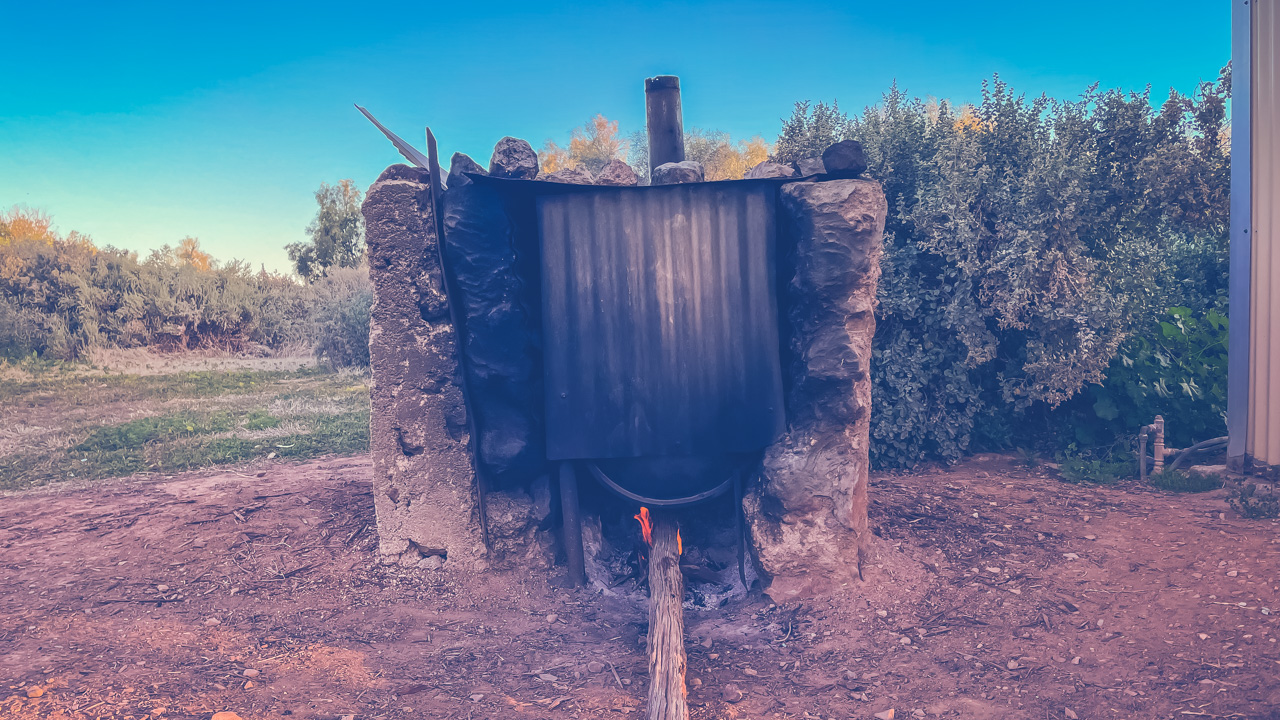 The Donkey Boiler At Farina

The camp site is absolutely massive. There is plenty of space for a lot of campers when camping at Farina and you can all spread out and have a load of room between you. There are shady sites. This time there was even a fair bit of grass around. Firewood is all but impossible to find however you can go up to the station house and buy some from there between 4 and 6pm each day. 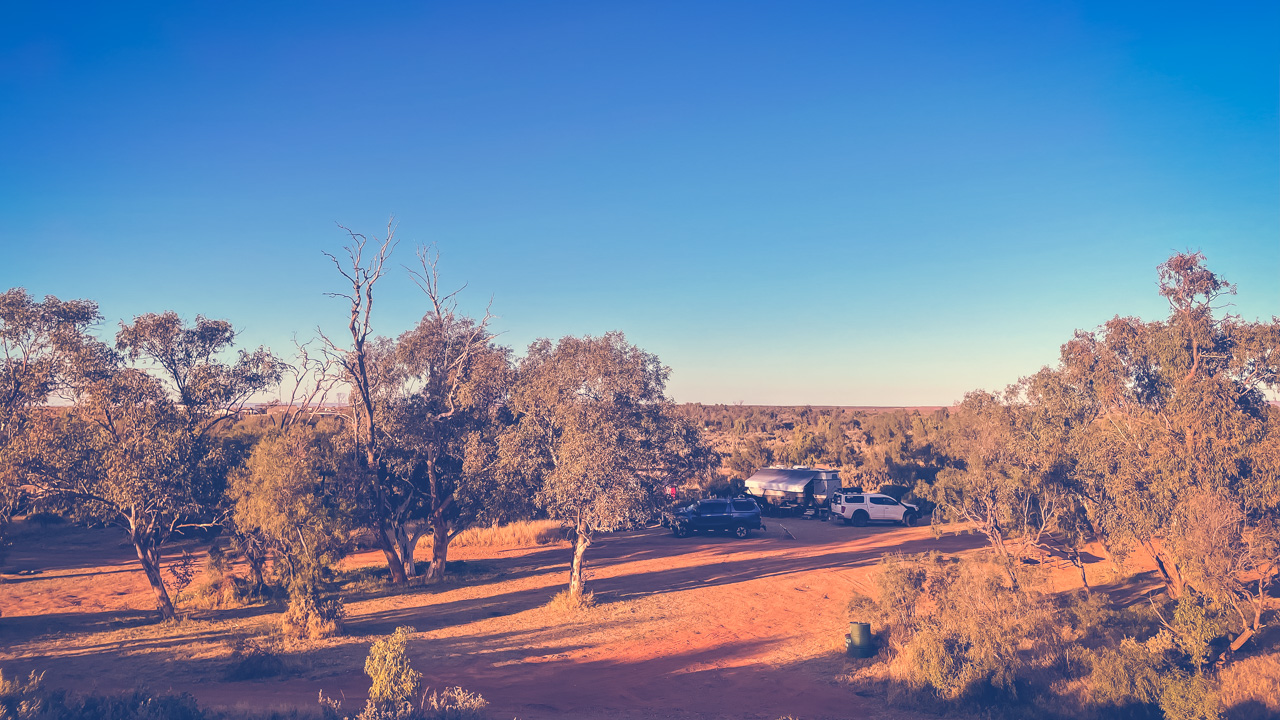 The Campground At Farina Is Massive

On our first morning I wandered up the hill just behind where we were camped and visited the war memorial. I was surprised to see just how many people who went to the first and second world wars from Farina didn’t come back. I was even more surprised to see just how many people went to both wars from Farina given that the towns’ population reached a peak of only 600 in the 1890’s. It seems as if most able men of age must have heeded the call to serve their country. 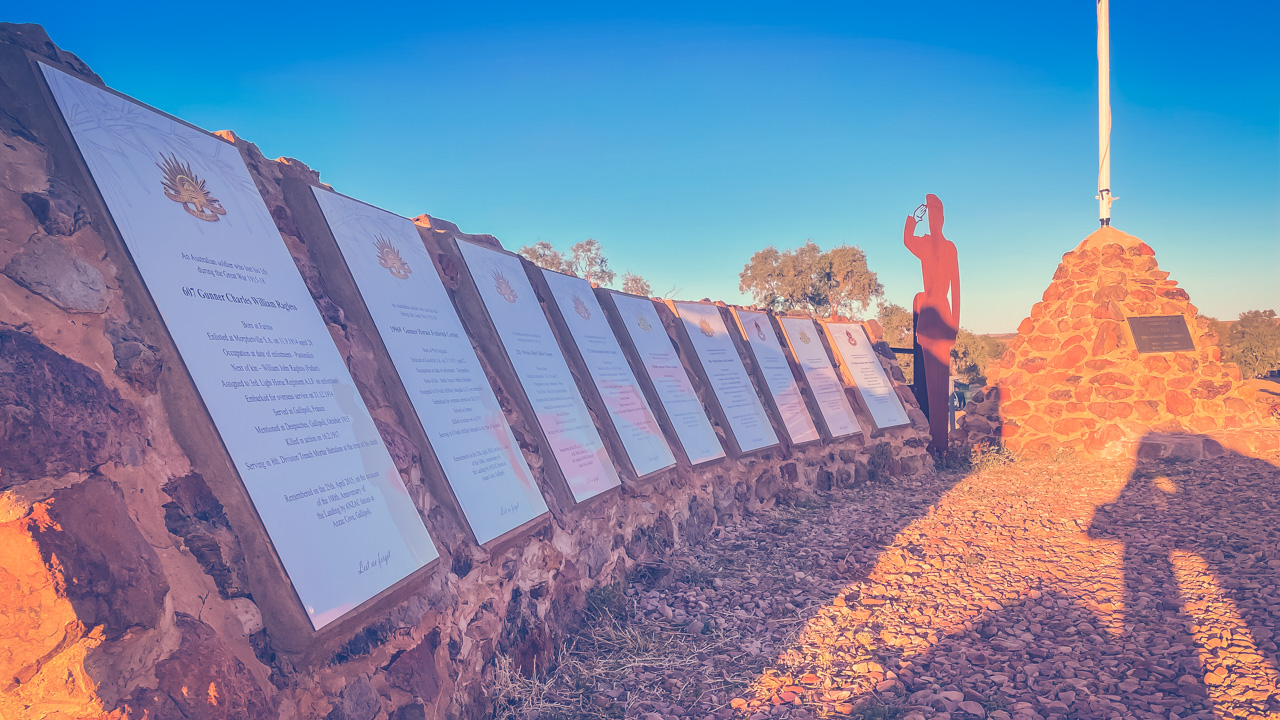 Cooking In The Camp Ovens

We had a great dinner our second night camping at Farina. We are travelling with our mates Kev and Deb and between us we cooked up a pork and a beef roast in a camp oven with potatoes, pumpkin and carrots in foil trays. Amanda even made some iced chocolate brownies in a camp oven for desert. 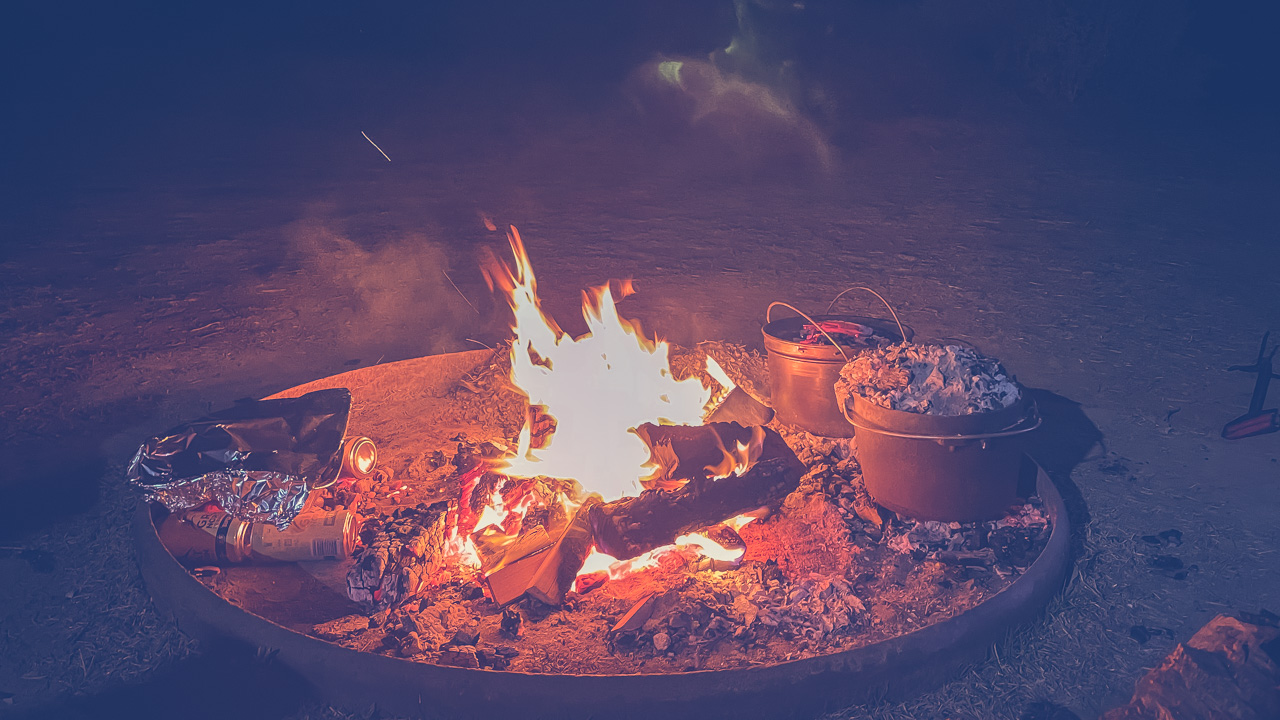 Cooking In The Camp Ovens At Farina

The Old Car Outside The Police Station At Farina

Once again had my photo taken in the old car outside of the Police Station at Farina. This is the fourth time. I’m not sure who is going to rust away first me or the car. I honestly have my money on it being me! 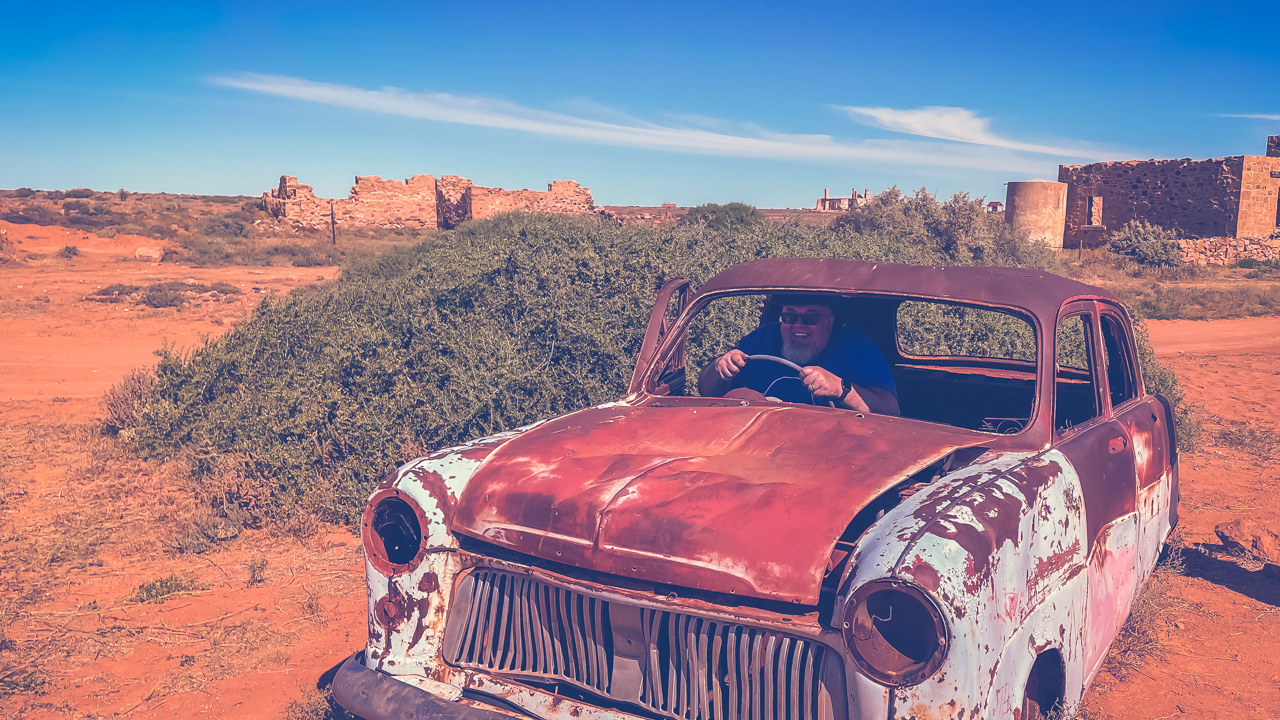 The Old Car Outside The Police Station At Farina