Camping Near One Tree Hotel In The Long Paddock NSW

We spent five nights free camping near One Tree Hotel in the Long Paddock NSW about 35km north of Hay on the Cobb Highway (Mid Western Highway) NSW with our friends Suzi and Mark and their dog Shadow. It is an absolutely stunning location to camp. Big beautiful skies and scenery that stretch to the horizon in all directions. 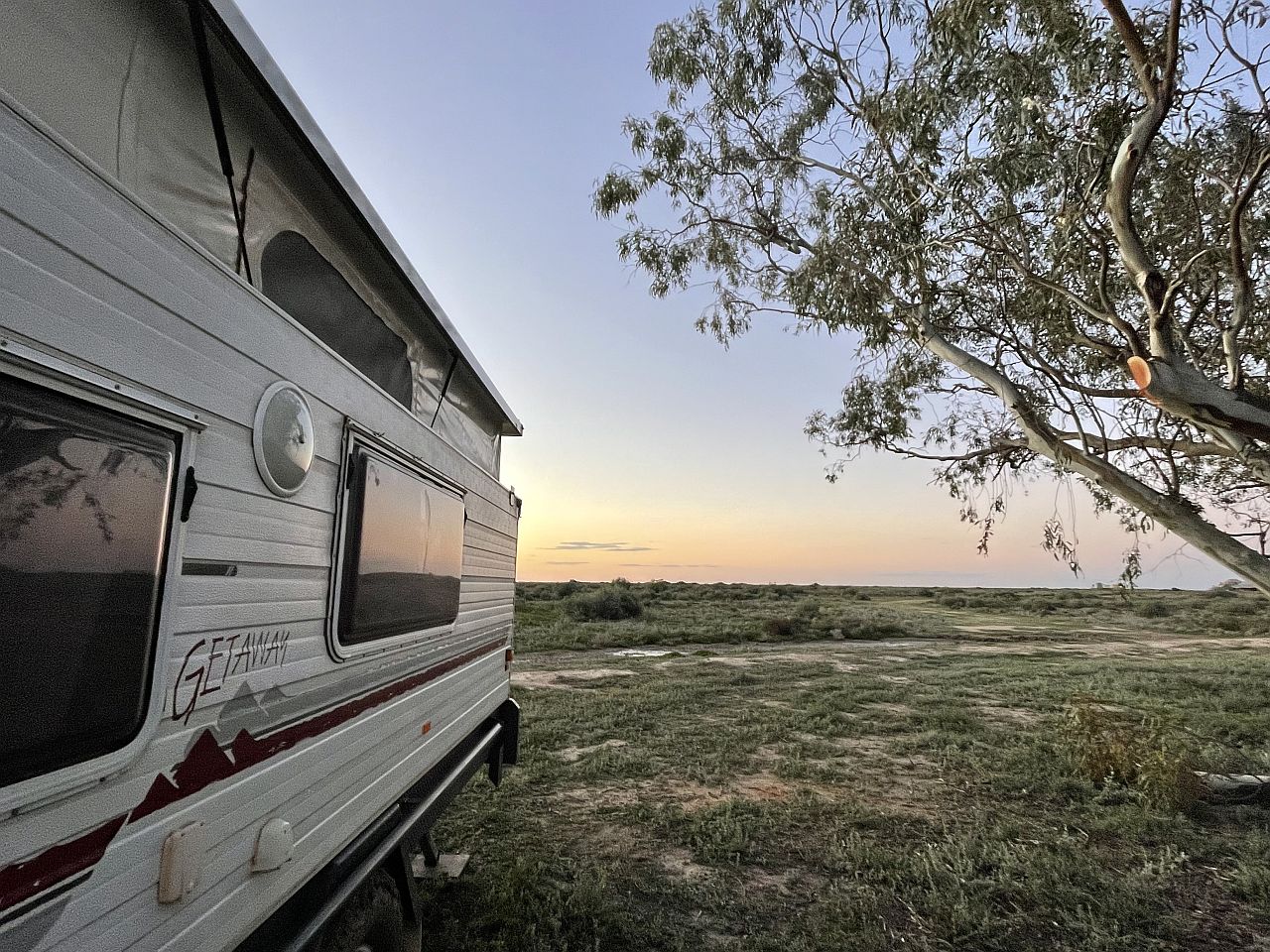 Camping Near One Tree Hotel In The Long Paddock NSW

What a great place to camp. Out in the middle of nowhere you are 35km from the nearest town. Just pull up and find a spot. We chose a spot across the road from the One Tree Hotel near a few old stock dams in the shade of some gnarled old gums, remember not to camp underneath gums as they can and do drop limbs completely at random. It’s camping at it’s absolute most basic. No facilities so you need to bring everything with you including firewood. More importantly you need to take everything back out with you.

In the tree alongside us were a few families of small kites, in the distance there was a large eagles nest in a lone tree but we weren’t lucky enough to see it’s owners. At most times of the day there were hawks and kites ducking and diving on their prey, it was great to watch. Most evenings dozens of black tailed native hens (bush chooks) came down to the dam to drink. Surprisingly we only saw one lone kangaroo the whole time we were camped. We did however see many rabbits.

About The Famous One Tree Hotel

The famous and historic One Tree Hotel is located between Hay and Booligal. Alex Finch built it in 1862. Originally known as the Finch Inn, it was later renamed the One Tree Hotel after being purchased by William Clark. It got its name from its location under a large gum tree on a clay pan near a fresh water well. The stop in One Tree was a staging post for Cobb & Co coaches. Now, the One Tree Hotel stands on the plains as a stark reminder of an era gone by. 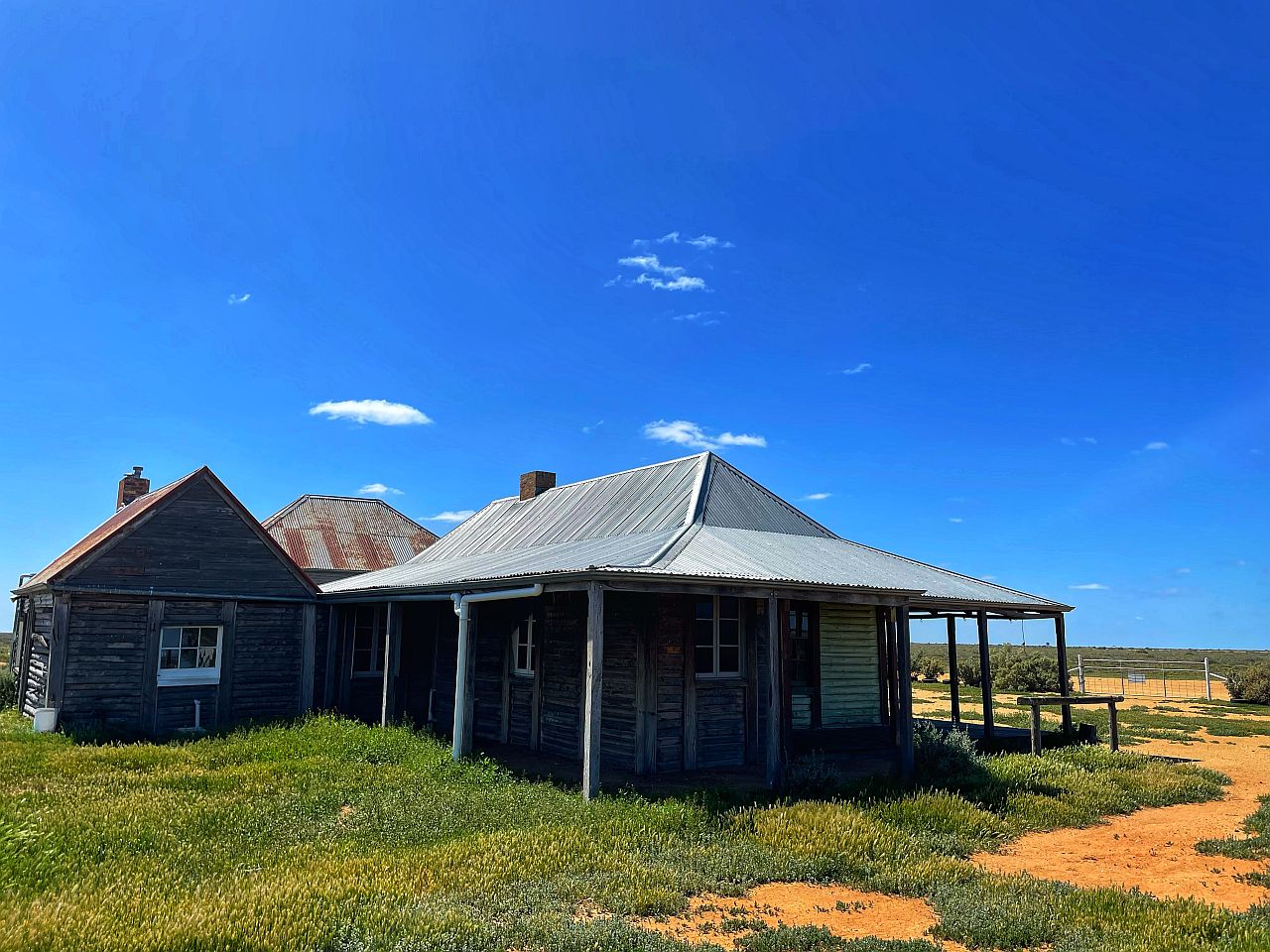 Brief History of The Long Paddock

Cobb Highway follows a portion of the great stock routes known as “The Long Paddock”, an historic system of trails and tracks that connected stock breeding regions of inland NSW and Queensland to new markets in Victoria. When the seasons failed it provided an escape route from drought. A working stock route like the Long Paddock enables us to see how times and landscapes have changed over time.

Early NSW graziers began looking for markets outside of Sydney as their flocks increased. By 1836, Melbourne was growing quickly following a trail laid by Hume and Hovell southward from Boston. During this time, Adelaide was also establishing its agricultural industry and both settlements required food as they grew.

Early overlanders relied on the rivers for food and transportation. Stock cannot travel more than two days without water, so early stock routes followed streams, the only reliable water source. Stock bound for Adelaide had several options. Queensland’s Darling River joins Queensland’s Murray River near Mildura. In NSW, the Lachlan rises near Crookwell and flows into the Murrumbidgee, which can be followed from the Monaro region, beyond Canberra. Most settlements west of the Great Divide had easy access to these western flowing rivers. 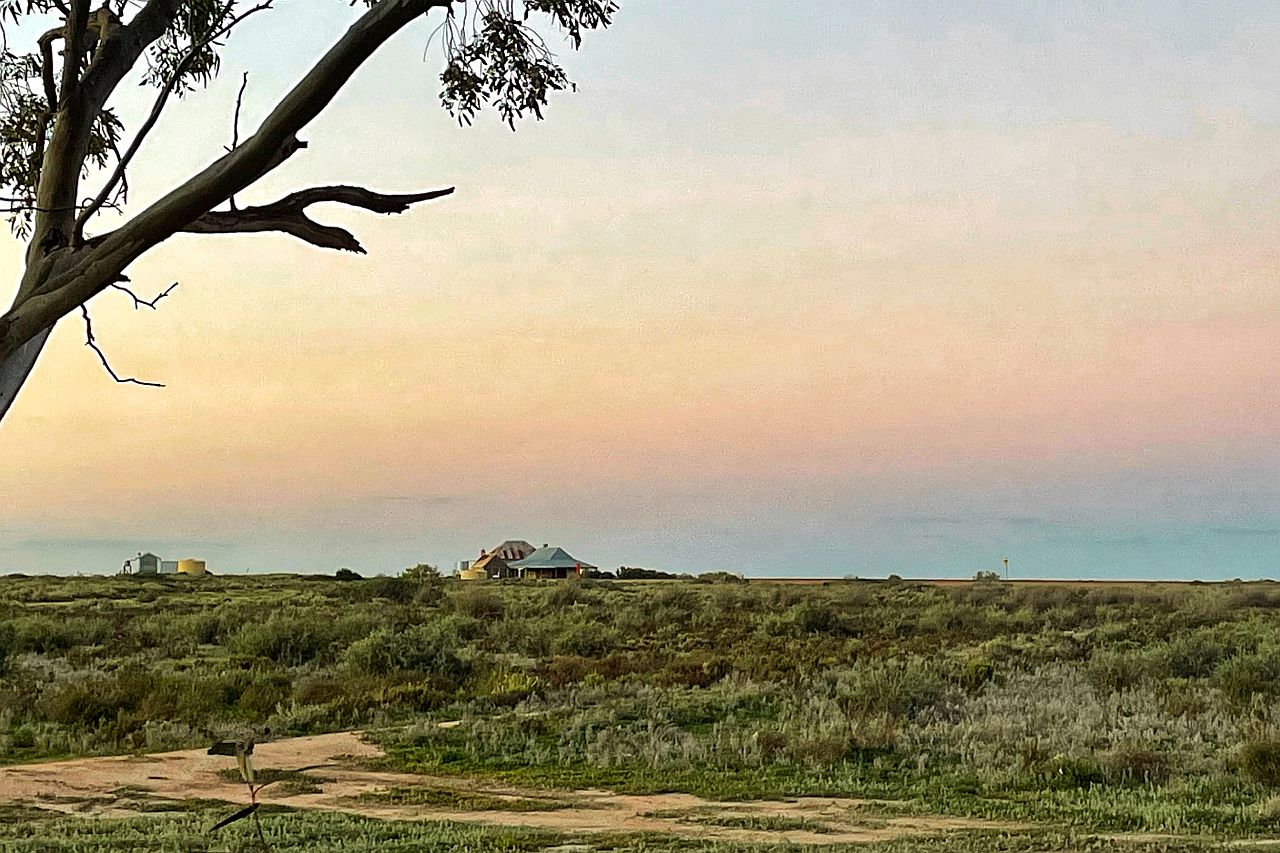 One Tree Hotel Over The Hay Plains NSW

Markets were not the only thing on the minds of the overlanders. Through traversing the continent, they examined the vast, seemingly uninhabited areas. Some chose to relocate to those areas that caught their eye. In 1840, most of the eastern Riverina was settled. Squatters took up vast pastures and kept sheep and cattle on them. Henry Sayer Lewes established Moira, between Moama and Mathoura, on what is now the Cobb Highway in August 1842.

Gold Discovered In Victoria Increases Traffic In The Area

The discovery of gold in Victoria occurred in 1851. There were men (and a few women) from all over the globe who flocked to the digs. At that time, very few people were vegetarians, and the demand for fresh meat (there was no refrigeration) sent stock prices soaring. James Maiden, who owned an inn and punt at what is today Moama, bought whole herds of stock and drove them to the goldfields.

Benjamin Boyd’s Royal Bank owned Deniliquin station, which became a natural gathering place for southbound trains. From 1847, it had a punt, which was vital to crossing sheep over Edward River. Deniliquin became an important livestock selling center shortly after Moama, eclipsing it. It wasn’t long before sheep from as far away as northern NSW and even Queensland began streaming through the town, sometimes changing hands on the way south. That’s when The Long Paddock legend began.

There is a very comprehensive web site outlining the current Long Paddock touring route as well as it’s history. There is even a downloadable brochure with a LOT of details including suggested stops and itineraries. You can find it at www.thelongpaddock.com.au.

Where Is One Tree Hotel?

One Tree Hotel is located on the Cobb Highway (Mid Western Highway) about 35km north of Hay NSW.