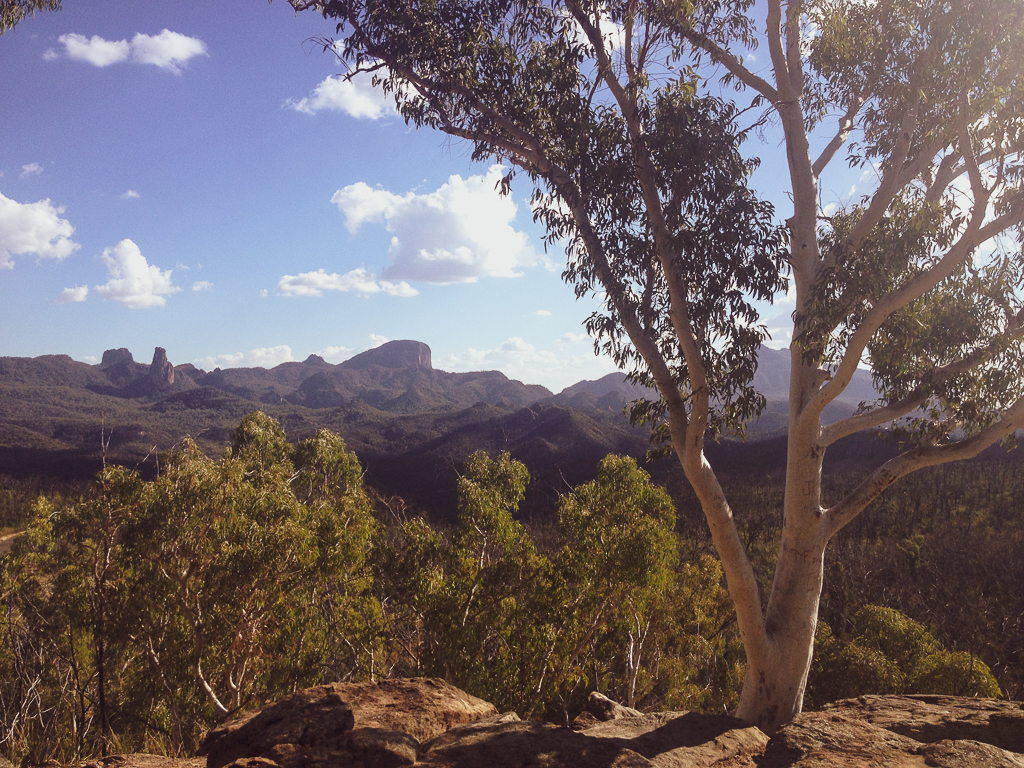 We drove to Coonabarabran. Was a nice trip. The phone tom tom lady again took us the back way so it was the road less travelled for sure and certain. Amanda decided we should stay in a van park instead of the national park so we’d be closer to town. We were closer to town for sure – and closer to about a million trucks going up and down the Newell Highway. 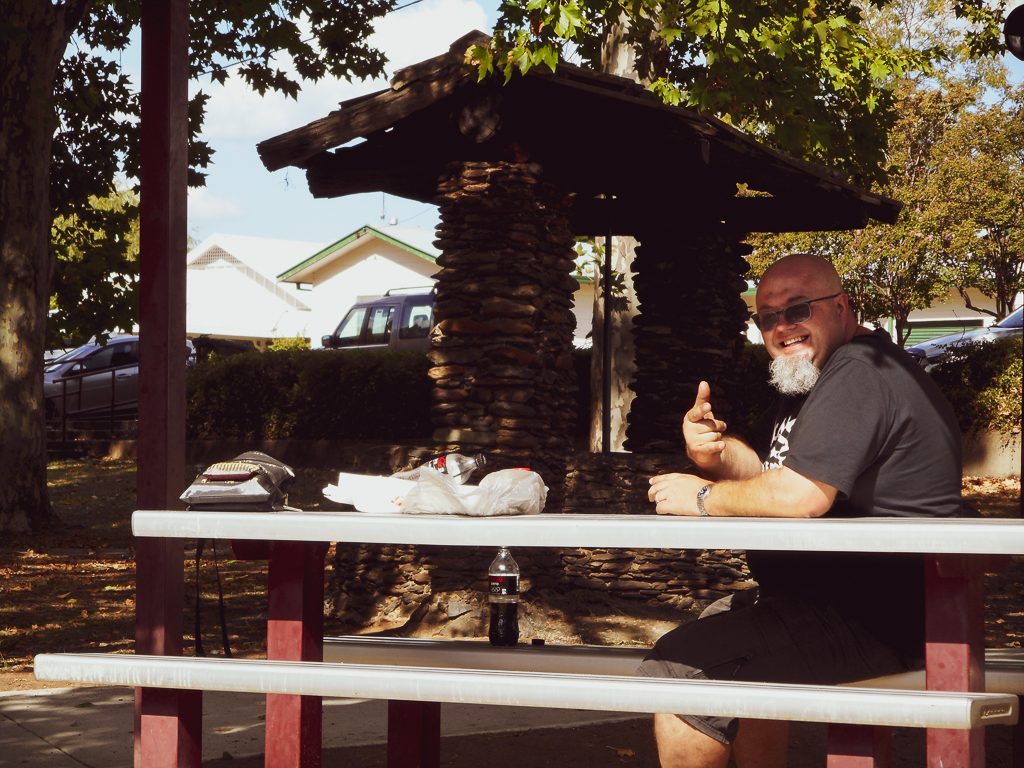 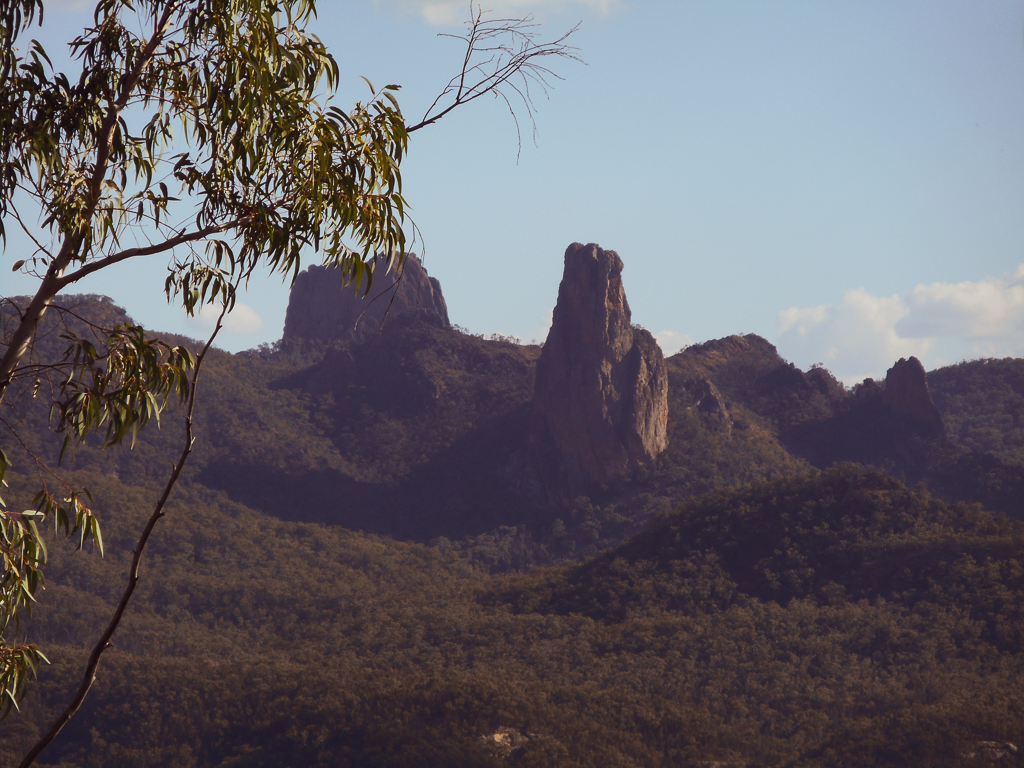 Spectacular Granite Outcrops All Over The Place

Saw some white gums and they had the biggest leaves I have seen. Drove past Siding Springs Observatory on our way to the Warrumbungles but it was closed. 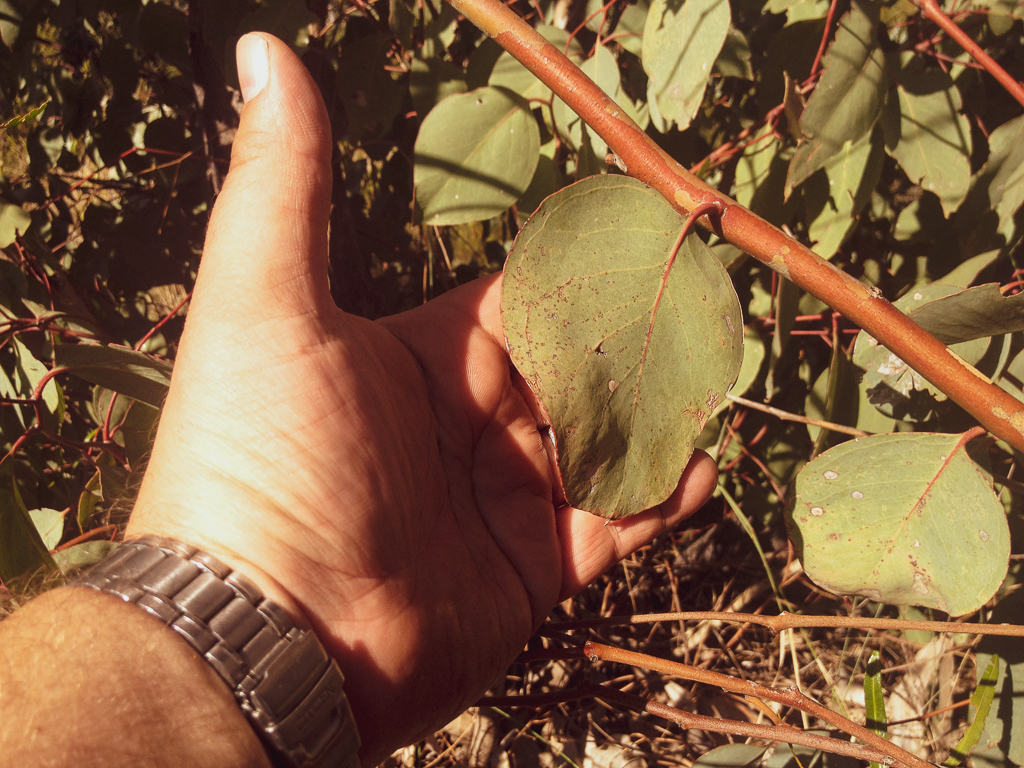 White Gums With The Biggest Leaves I Have Ever Seen

We watched the series final episode of the walking dead on foxtel go – that’s pretty awesome to be able to do that while you are out on the road. Somebody got bashed to death by Negan with a club at the end but we don’t know who. Have to wait for the new series to find out.