We spent a fantastic morning exploring The Alice Springs Telegraph Station Historical Reserve. It is an absolute must see for anyone who goes to Alice Springs. It is the best preserved station along the ‘Overland Telegraph Line’ constructed in the early 1870s to relay messages between Darwin and Adelaide. 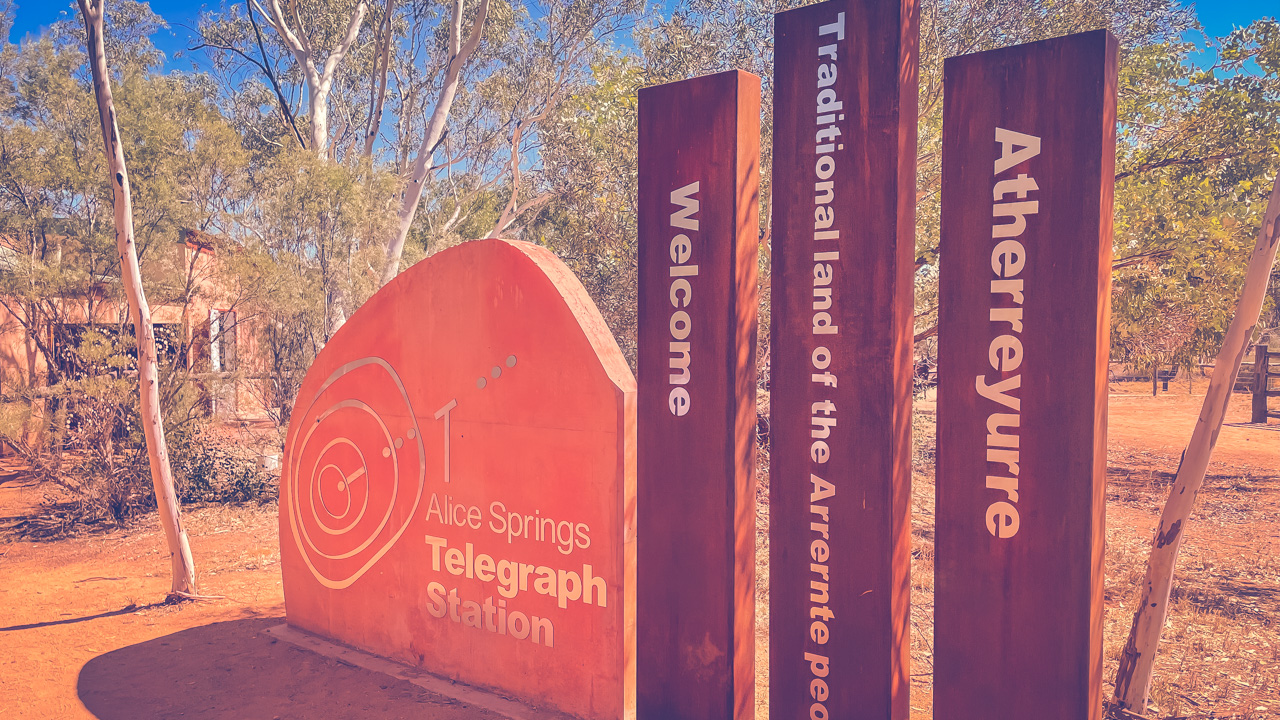 The Alice Springs Telegraph Station Historical Reserve marks the site of the first European settlement in the region and originally included the area now included in the township of Alice Springs.

The original Alice Springs was a water hole located some 3 km north of the present-day town. In 1870, the town was founded as a staging point for the overland telegraph line named after Alice Todd (wife of Superintendent of Post and Telegraph Sir Charles Todd). The current Alice Springs began life as Stuart, a telegraph station along the Adelaide to Darwin line, once the end of the Ghan railway line. Since renaming ‘The Alice’… as many locals call it is now a modern town in the middle of Australia.

Locals and tourists alike enjoy Alice Springs Telegraph Station Historical Reserve. In addition to the walking trails, visitors can learn about history and enjoy the green lawns and facilities. It is the best preserved station along the ‘Overland Telegraph Line’ constructed in the early 1870s to relay messages between Darwin and Adelaide. As a result of the completion of the line, fast direct communication between Britain and its independent Australian colonies was now possible. 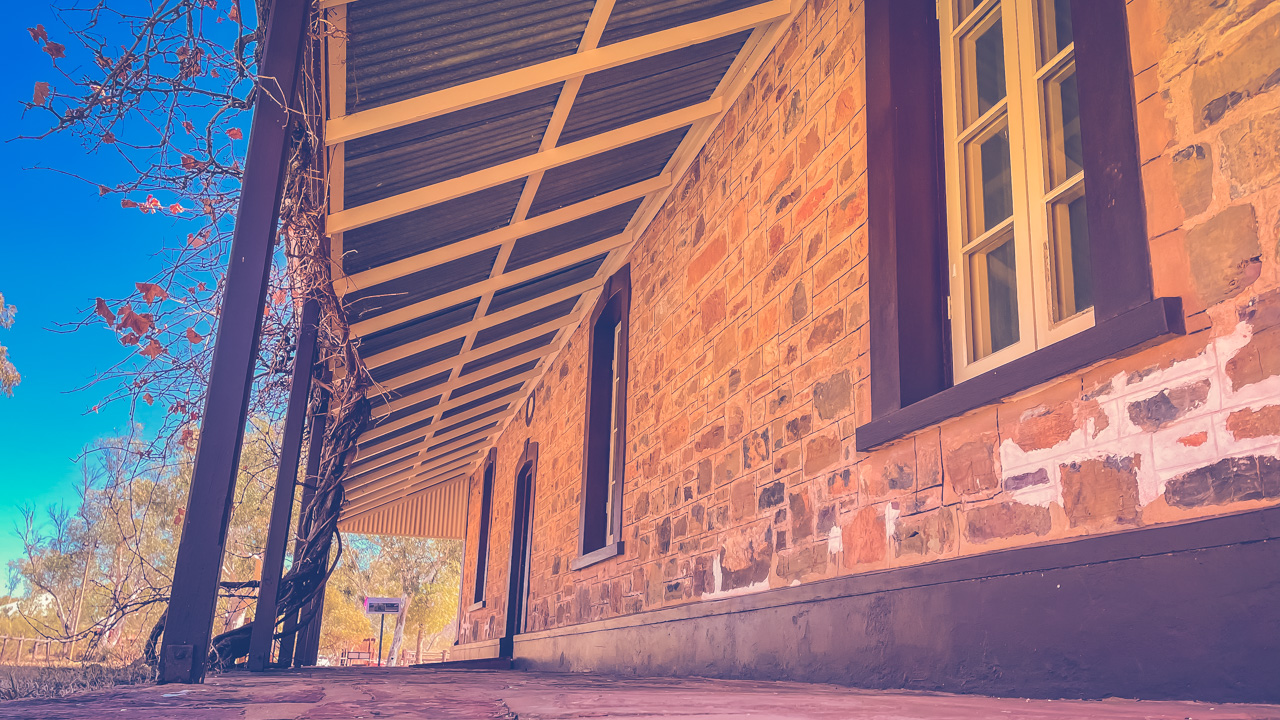 Originally operating for 60 years, and then serving as a school for Aboriginal children, visitors today can view many of the restored stone buildings, including furnishings from 1895-1905. There is still a Post and Telegraph Office, but it operates only on special occasions. 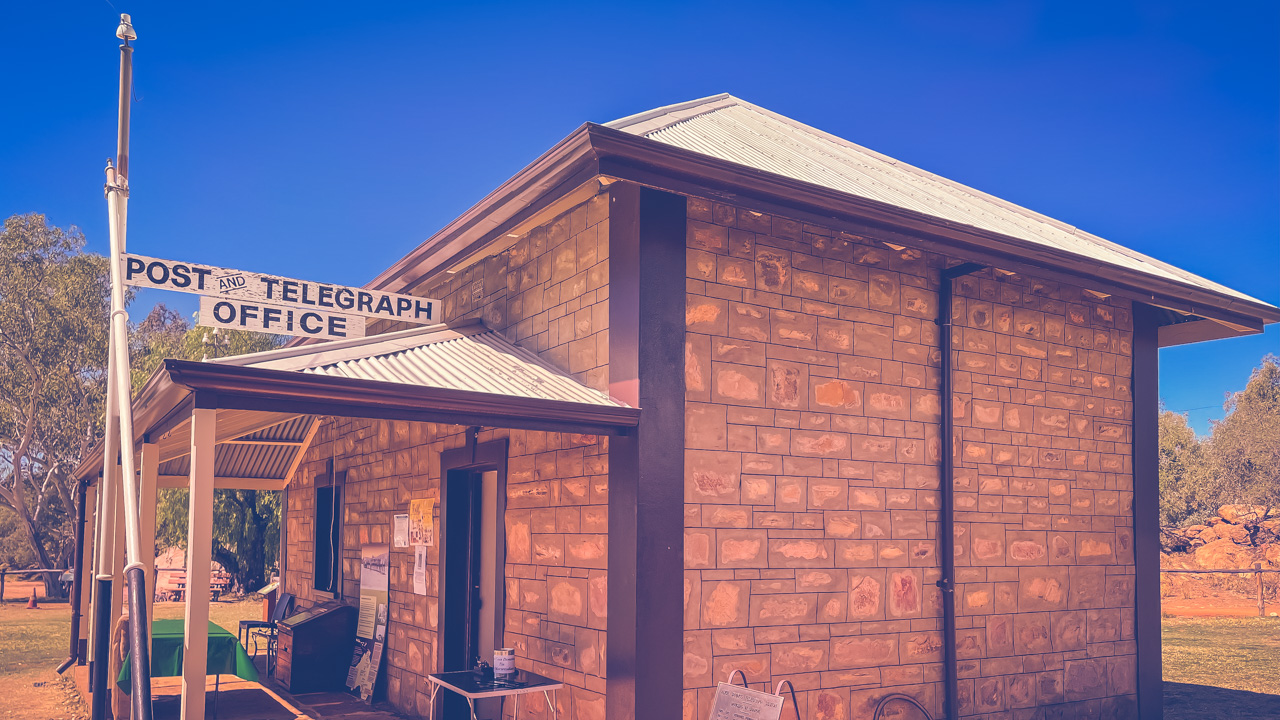 We were very fortunate to visit when the Alice Springs Telegraph Office was manned and doing demonstrations of morse code being sent and received. It was amazing to see a few old fellas tapping away and sending morse code off a sheet of paper only to see it transcribed in to text on the other side of the room. 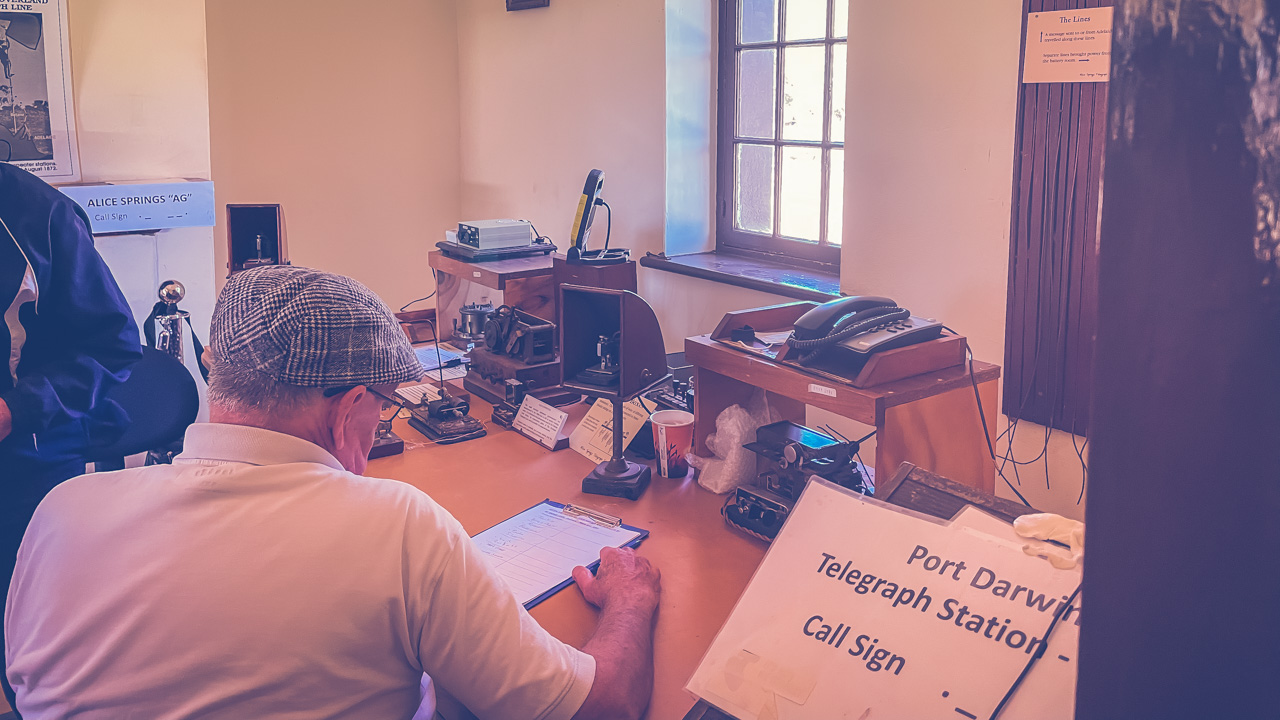 Besides the historical Telegraph Station, the reserve has a picnic area and free electric barbeque grills. Public amenities are also available. A small cafe and kiosk offer food, cold drinks, and souvenirs.

Getting To The Alice Springs Telegraph Station Historical Reserve

This reserve is easily accessible by vehicle and is located 4 km north of Alice Springs along Herbert Heritage Drive. A walking and cycling path enters the Reserve via Schwartz Crescent, and a path along the west bank of the Todd River is known as the ‘Riverside Walk’.

We camped at the National Transport Museum just south of Alice springs and the Telegraph Station was only an easy 15 minute drive for us. 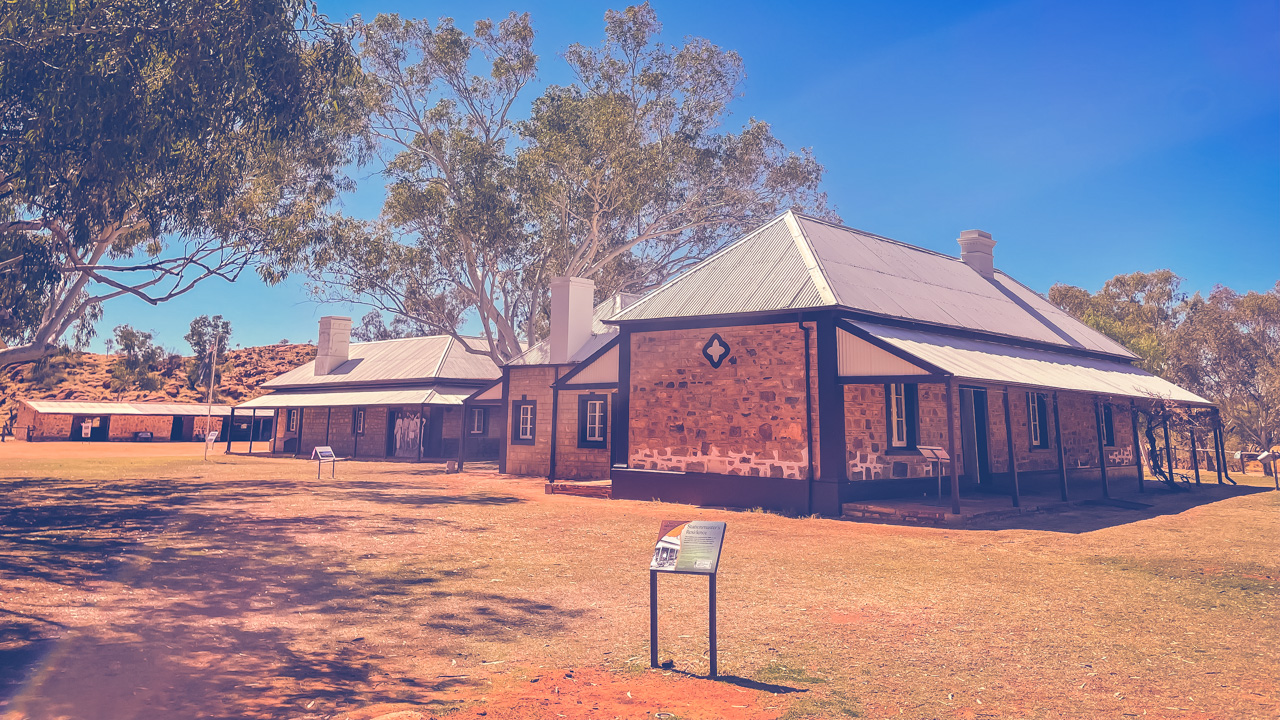