Our Uluru itinerary. Four weeks through outback Australia is going to be our next trip. We are leaving from home in Cootamundra and travelling the Oodnadatta Track with some good friends then Coober Pedy then north to Uluru and Alice Springs then through outback Queensland.

We will visit many iconic locations on this epic 4 week road trip. Marree, Farina, William Creek, Coward Springs, Algebuckina Bridge, The Pink Roadhouse at Oodnadatta, Coober Pedy, Uluru, Alice Springs, Tennant Creek, Longreach and Winton are just some of the bucket list locations we’ll be visiting as part of this Uluru itinerary. All up we plan on about 7,000kms and many of them will be on red dirt. We love red dirt. It’s going to be an awesome trip. Please follow us along!

We’ve been to Marree quite a few times now and it’s a favourite outback destination of ours. We can’t wait to have another burger in the pub and have a look around. Marree really is the intersection of some of our most iconic outback tracks. 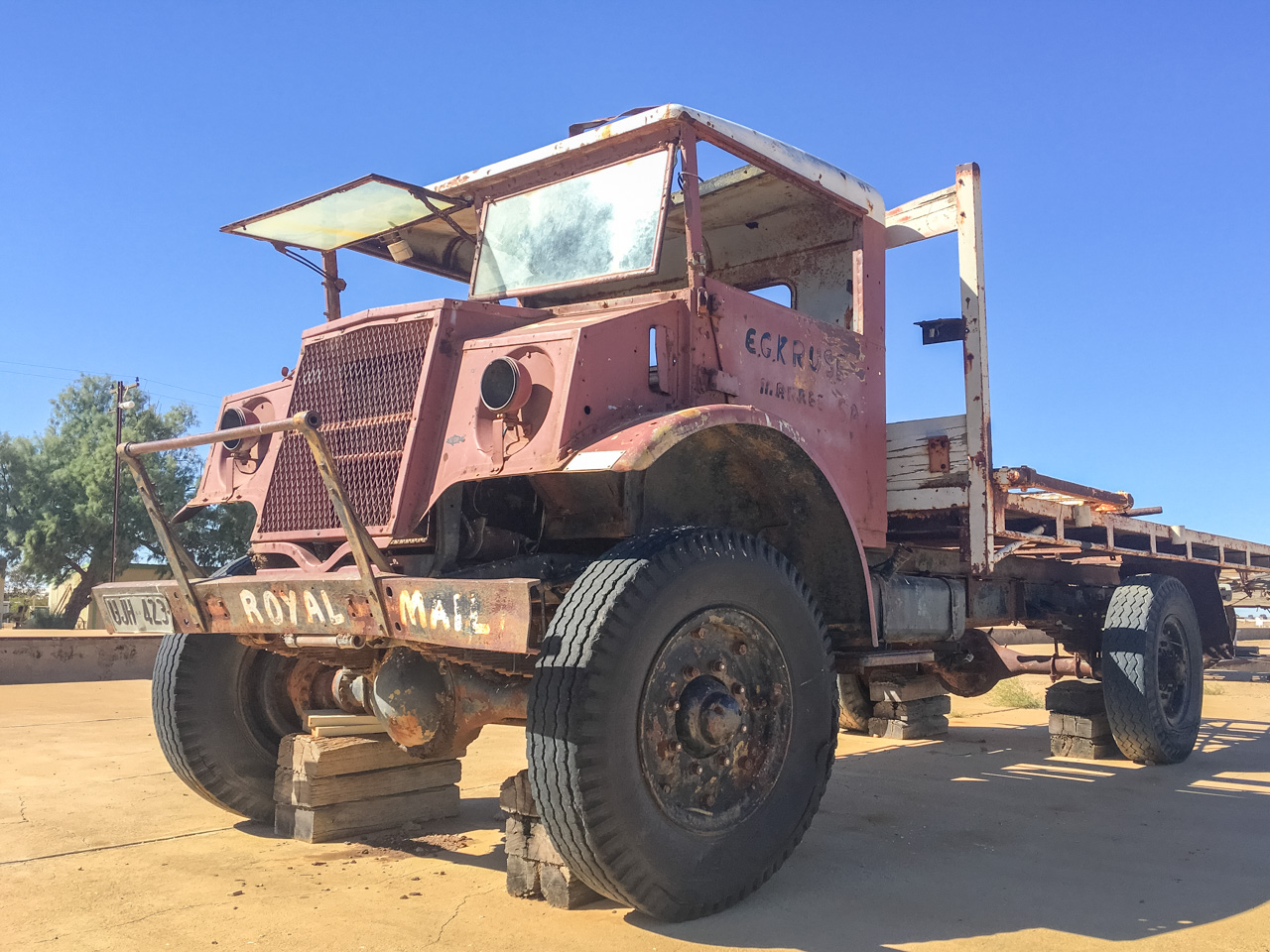 We love Farina and keep going back. It’s a great old Aussie ghost town and a fantastic place to camp. I think this trip will see us chalk up our tenth night of camping at Farina. If you haven’t been to Farina before then you should add it to your list. 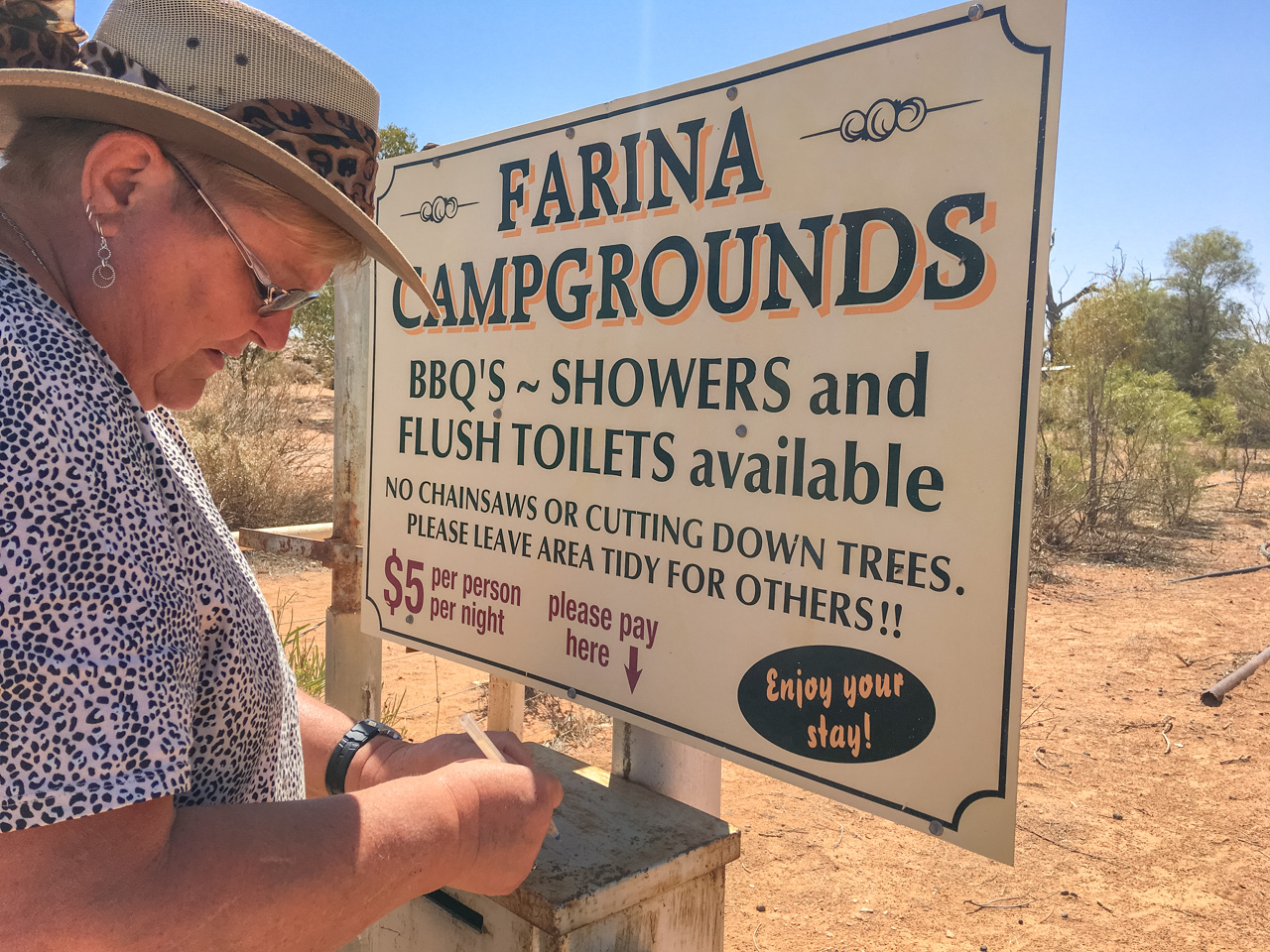 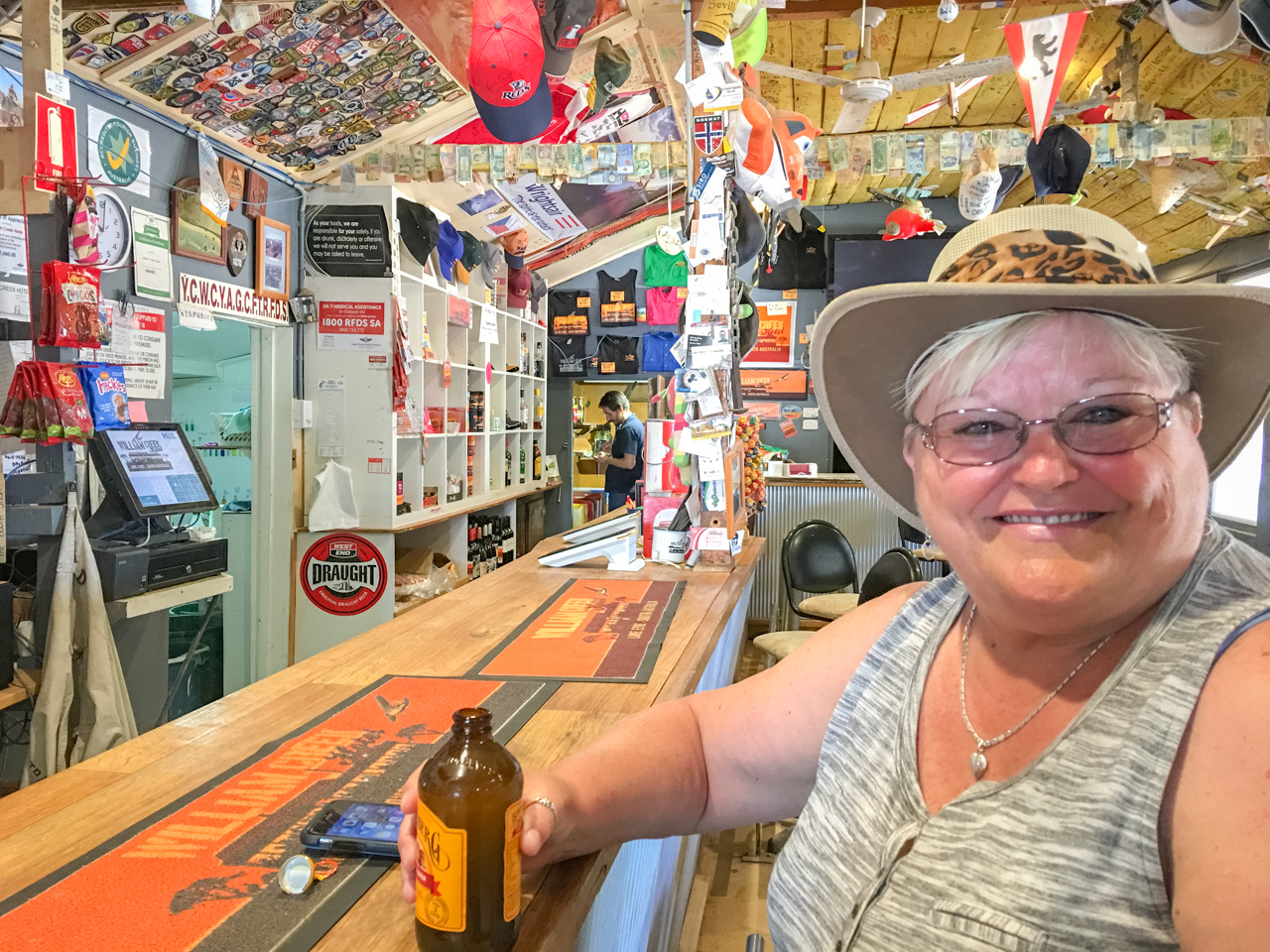 Coward Springs is an oasis in the middle of the desert. We’ve camped there before and really enjoyed it. The little pool at Coward Springs is a great way to cool off after a hard days travelling – but don’t forget the fly nets! 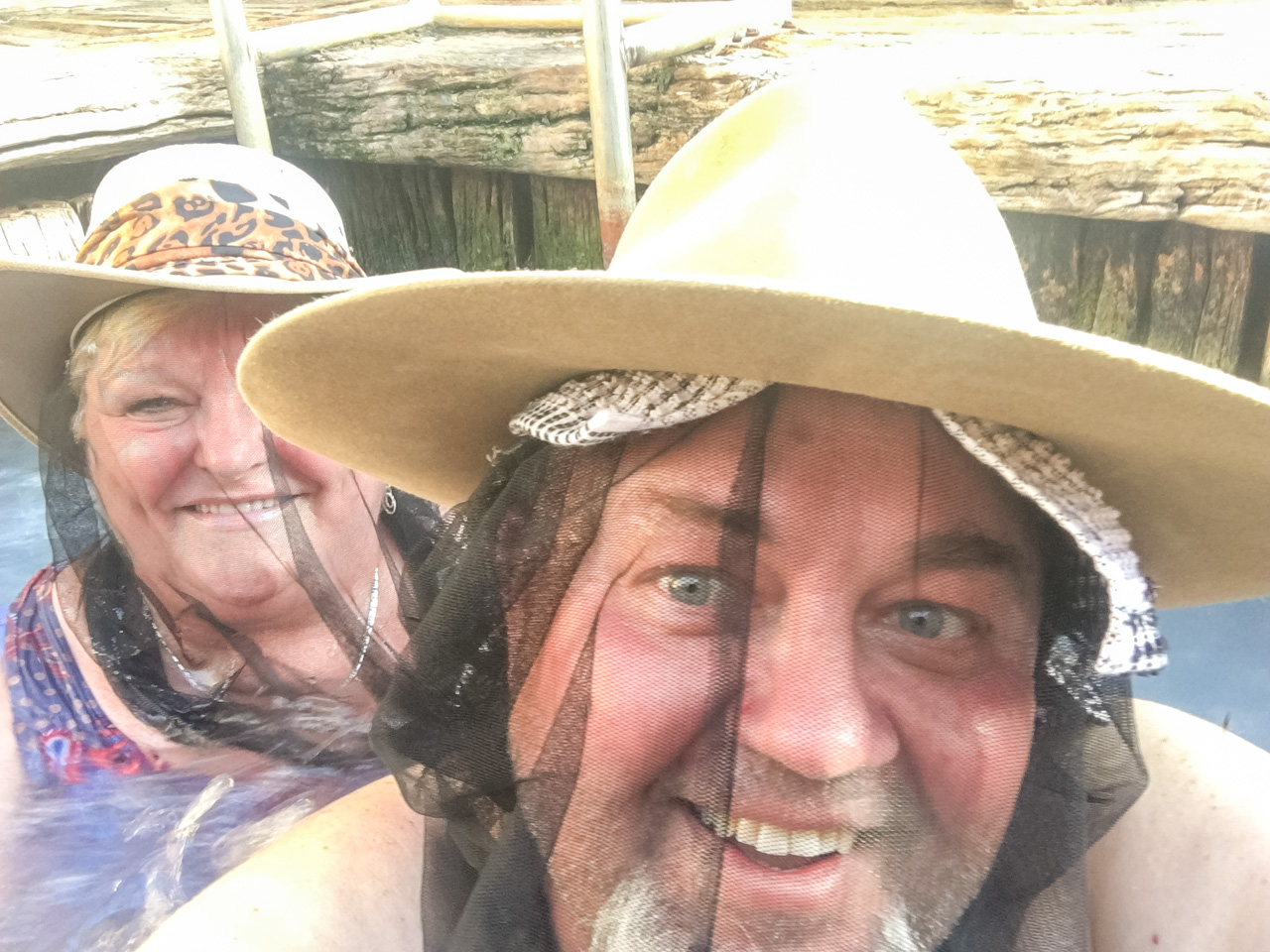 David & Amanda In The Spring At Coward Springs

On the route of the now-closed Central Australia Railway lies the Algebuckina Bridge. The Algebuckina Bridge is an Australian Victorian era railway bridge in the state of South Australia about 55 kilometres south of the town of Oodnadatta. January 1892 marked its opening. We have stopped in here before and had a look and taken some photos but this time we plan on camping there. 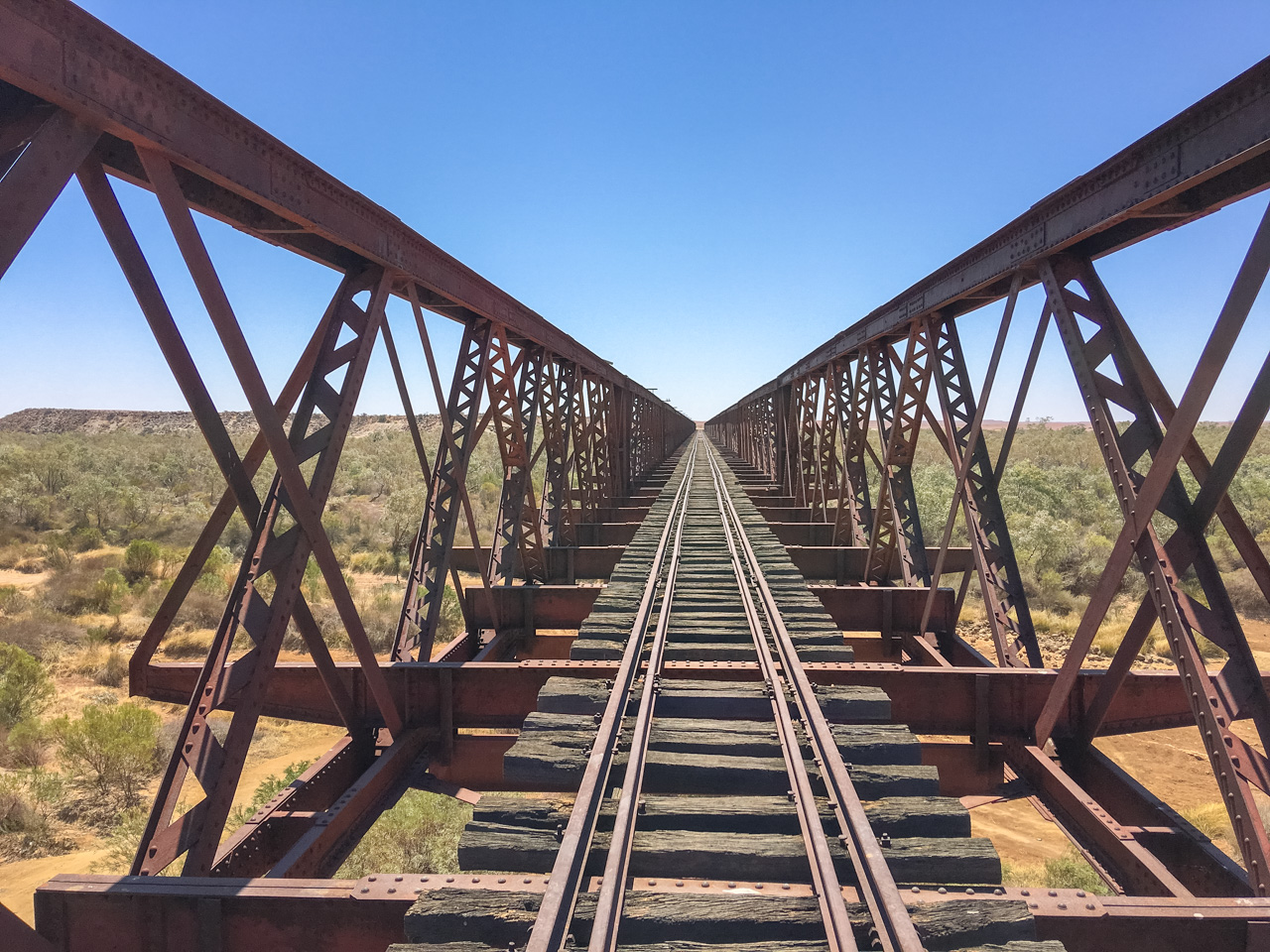 Algebuckina Bridge On The Oodnadatta Track

The Pink Roadhouse At Oodnadatta

No trip along the Oodnadatta Track would be complete without calling in at the iconic Pink Roadhouse at Oodnadatta. I’m going to have one of their famous “Oodnaburgers” again – Amanda probably won’t as she didn’t like hers last time. What’s wrong with her – they’re bloody awesome! Hopefully this time we have a bit better luck and don’t get a flat tyre (Tek Screw) at the fuel bowser. 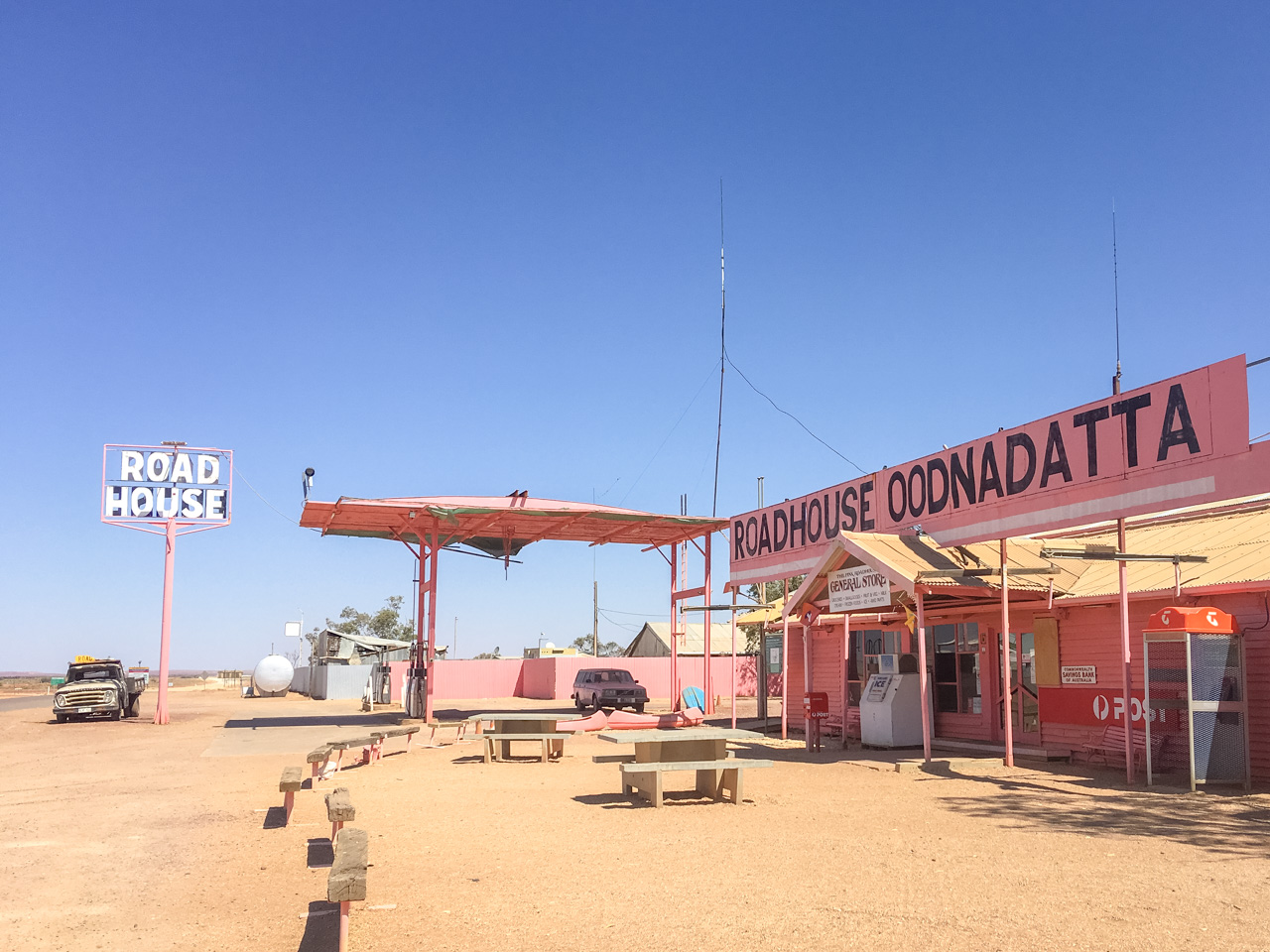 This time in Coober Pedy we’re hoping to be able to explore the town. On our last visit we had an issue with the car’s battery and it was a long weekend so nothing was open. We were limited to having a look at places we get to on foot. On our last day there after getting a replacement battery we had an explore and loved what we saw. I’m really looking forward to going out to the Breakaways and watching the sunset. We’ve been up Big Red at Birdsville to watch the sunset before and I’m hoping this is just as spectacular. We’re also planning on going to the drive in movies! 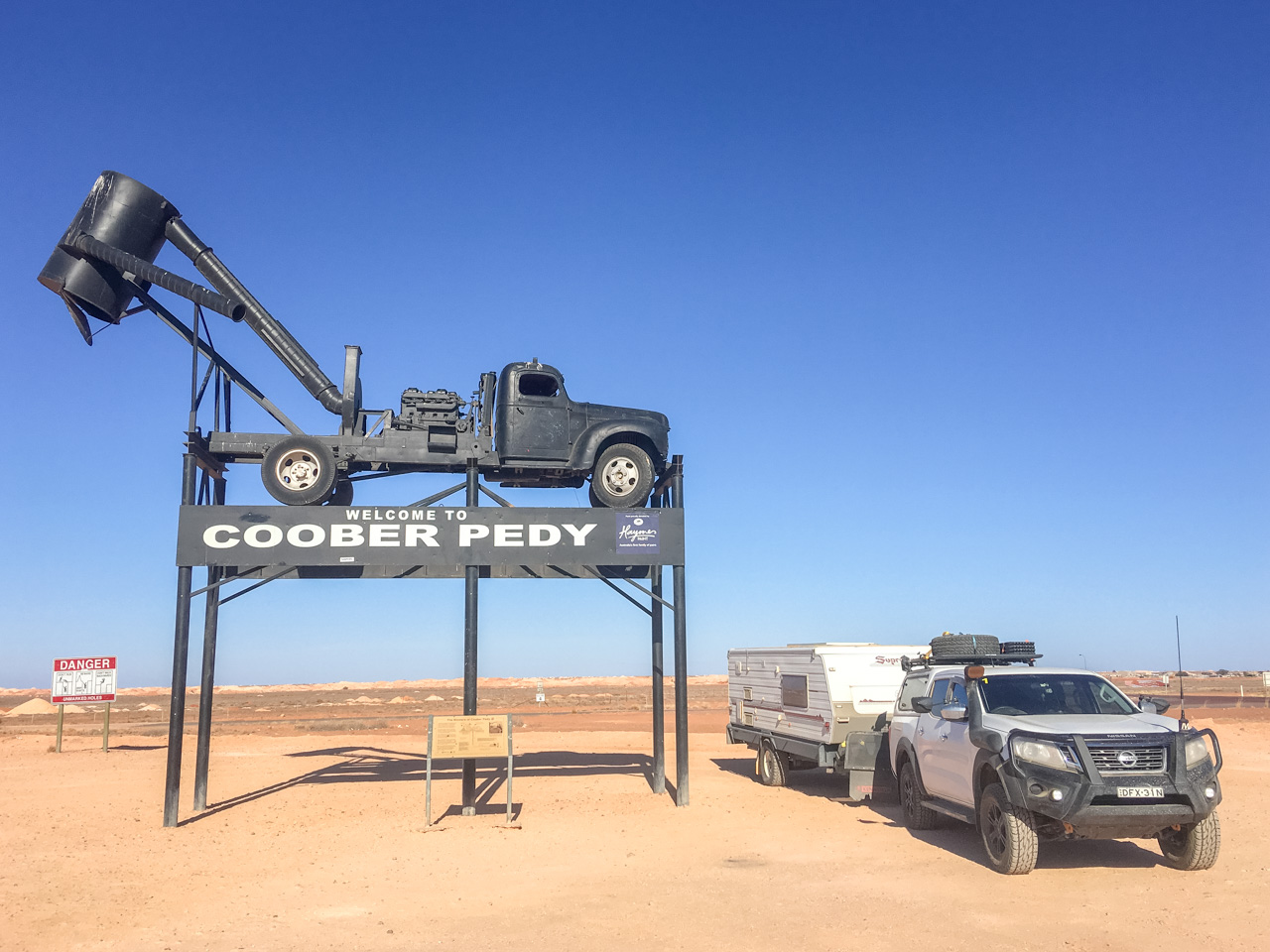 How have we never been to Uluru? We’ve been saving it for years, now it’s finally time to check it out. I really want it to be as spiritual an experience as I have been told it is. It’s been right towards the top of my bucket list since I was a little kid. Uluru is a massive sandstone monolith in the heart of the Red Centre, an arid region of the Northern Territory. It is roughly 450km from the closest large city Alice Springs. In Indigenous Australian culture, Uluru holds great spiritual significance. Around 550 million years ago, Uluru was thought to be beginning to form. The natural formation is part of Uluru-Kata Tjuta National Park, which also features 36 red-rock domes called “The Olgas”. This part of the trip is the focus of our Uluru itinerary. 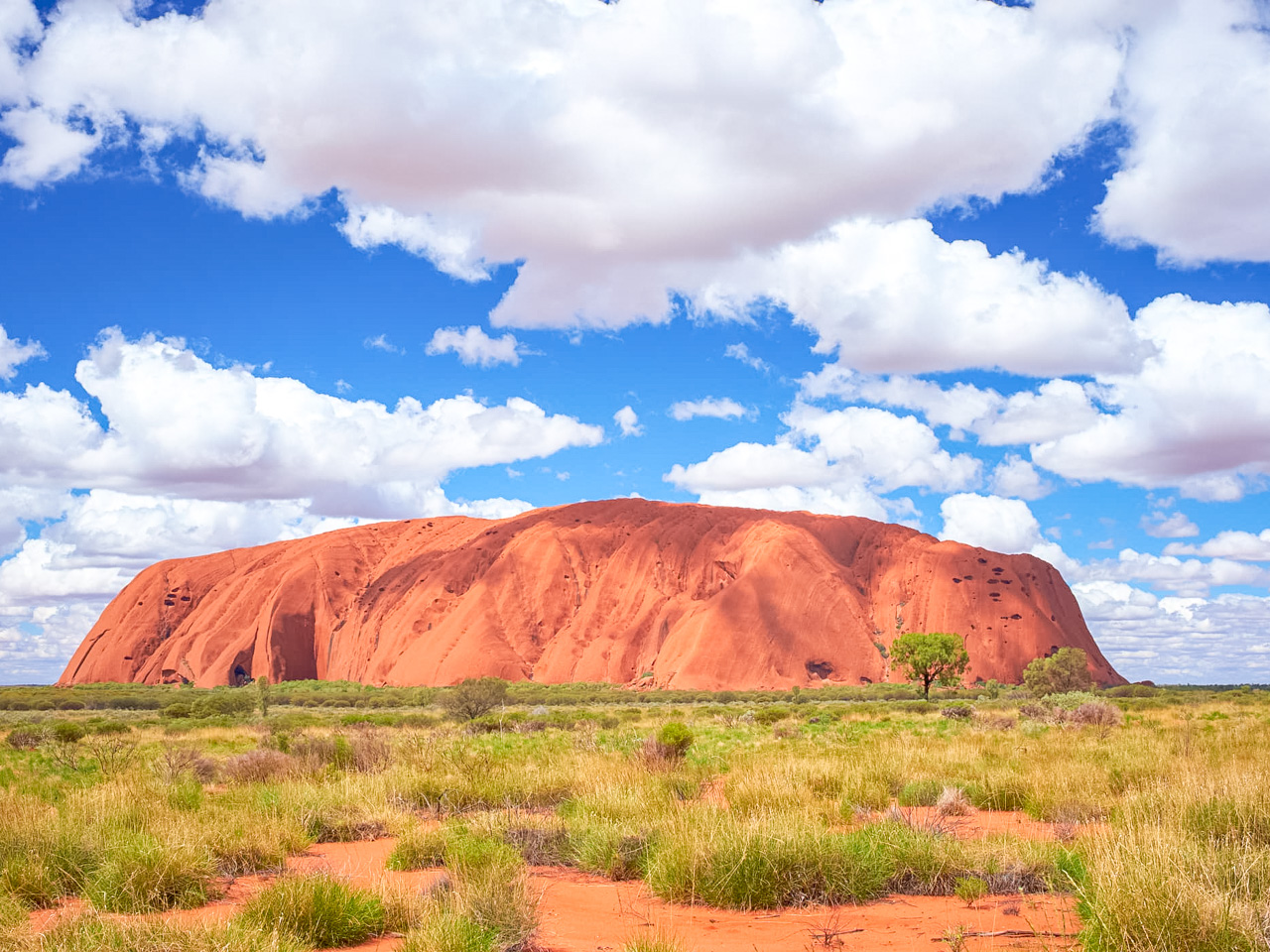 We’ve never been to Alice Springs before and it’s been on our bucket list ever since we started travelling Australia. The Northern Territory town of Alice Springs lies halfway between Darwin and Adelaide, each 1,500 km away. Visitors travel there to explore the Red Centre, the country’s interior desert region. I’m looking forward to seeing the historic buildings and equipment at the Alice Springs Telegraph Station Historic Reserve. The vintage equipment and buildings date from 1872 and were part of the Overland Telegraph Line (linking Darwin and Adelaide). 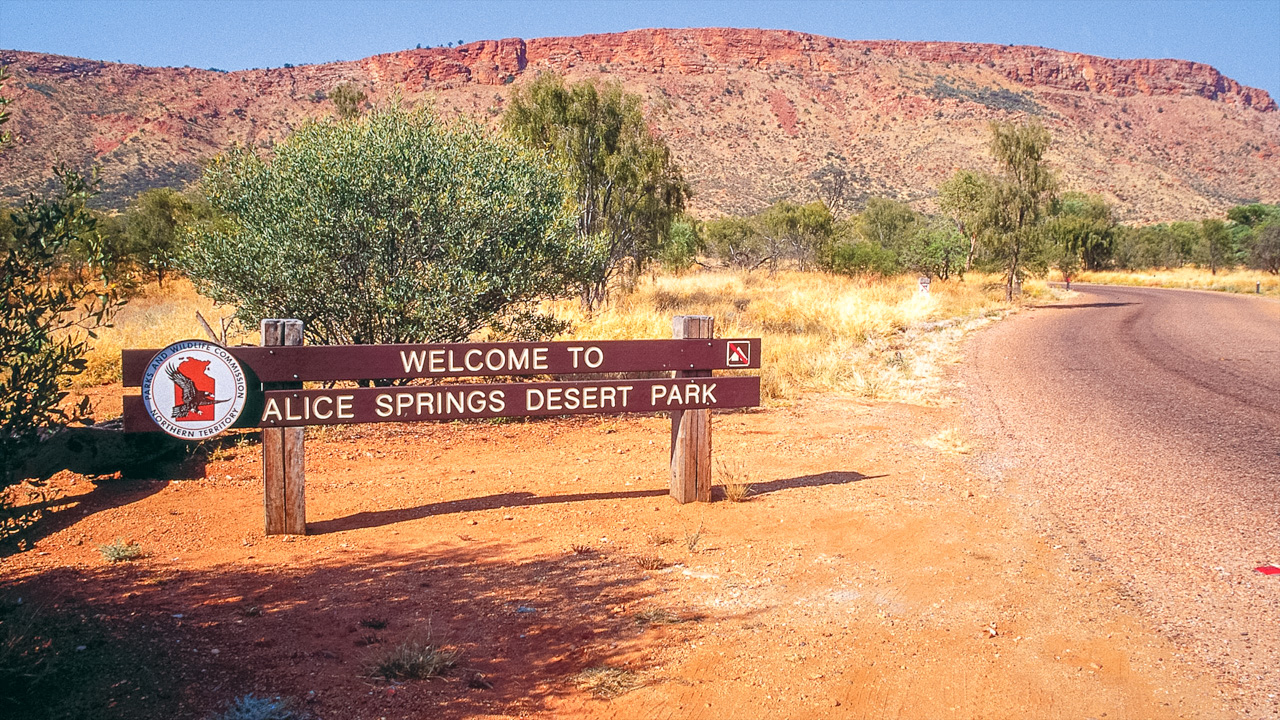 Warumungu Aboriginal people occupied the Tennant Creek region for thousands of years. Located close to the telegraph station is a very significant sacred site called “Jurnkurakurr”, where a black-nosed python called “Jalawala” resides. Tennant Creek Telegraph Station was constructed in 1872. By 1875, it had been rebuilt from locally quarried stone after first being constructed out of bush timber.

It served as a repeater station on the Overland Telegraph Line, which connected Darwin with Adelaide. In addition, it was used as a depot for government supplies. A 19th century blacksmith shop was found there, as well as a cart shed, ration store, meat house, smokehouse, and cellar. Cattlemen and slaughtermen were employed by the Warumungu at the station. In the 1890s well over 100 indigineous Australians were living at the station. 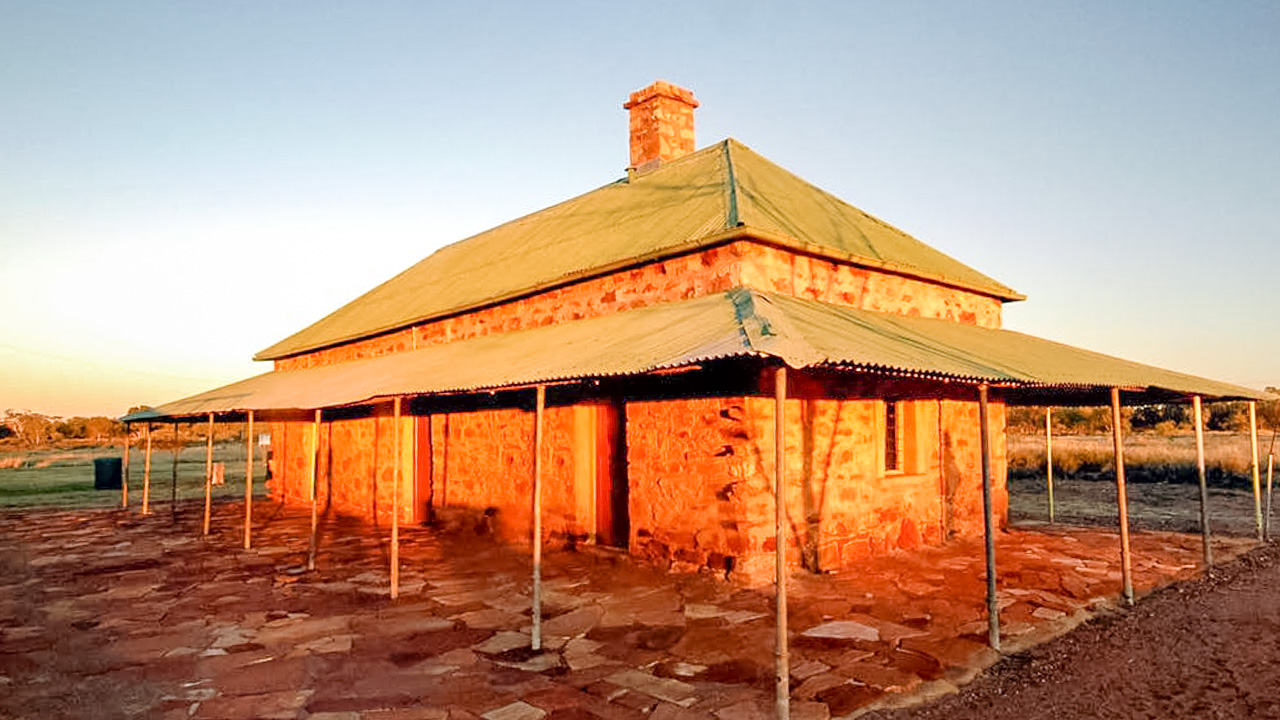 Longreach is the heart of Outback Queensland. It’s home to attractions including the Australian Stockman’s Hall of Fame and Qantas Founders Museum. We’ve never been to Longreach before and I think it will be awesome. Call us weirdos but we want to have a good walk through the cemetery. If you haven’t noticed it on our blog before visiting cemeteries is something we do a lot of. You can learn a lot about a towns history by visiting it’s cemetery. 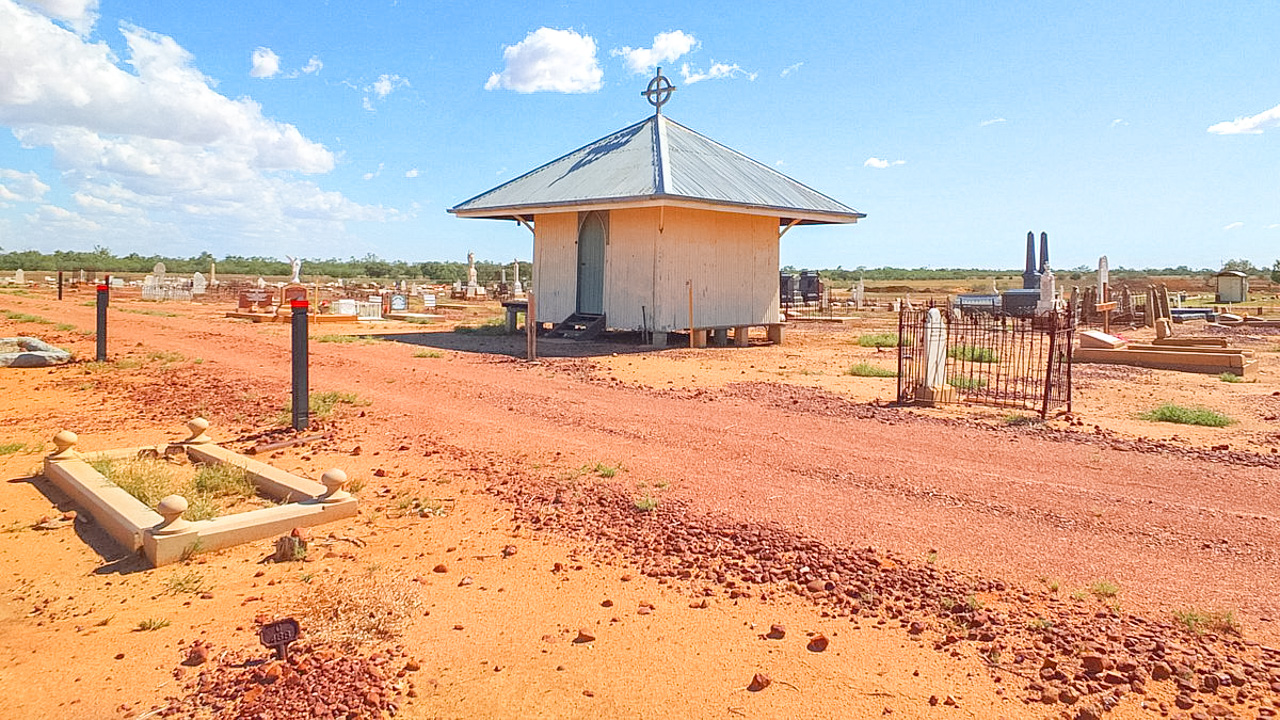 Looking forward to visiting the pubs in Winton. I’ve heard a bit about them and want to find out for myself. Amanda wants to hit the dinosaur trail, that will be good too. 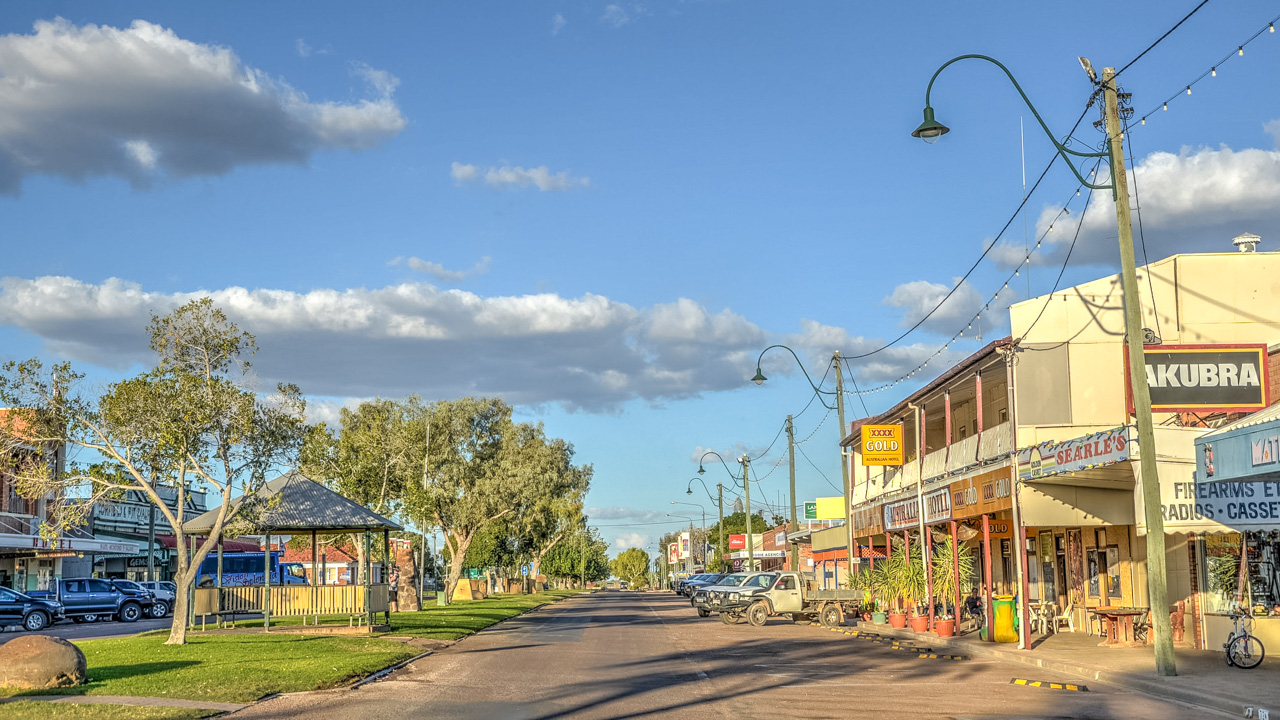 Winton Queensland We Want To Check Out The Pubs

We are really looking forward to this trip. Our Uluru itinerary is outlined below with driving distances and approximate times.