The tour was very well done. It’s as if the gold mine had only closed down yesterday which is pretty much what happened except it was a bit longer ago. There is a heap of old equipment that is just left in place as it was. 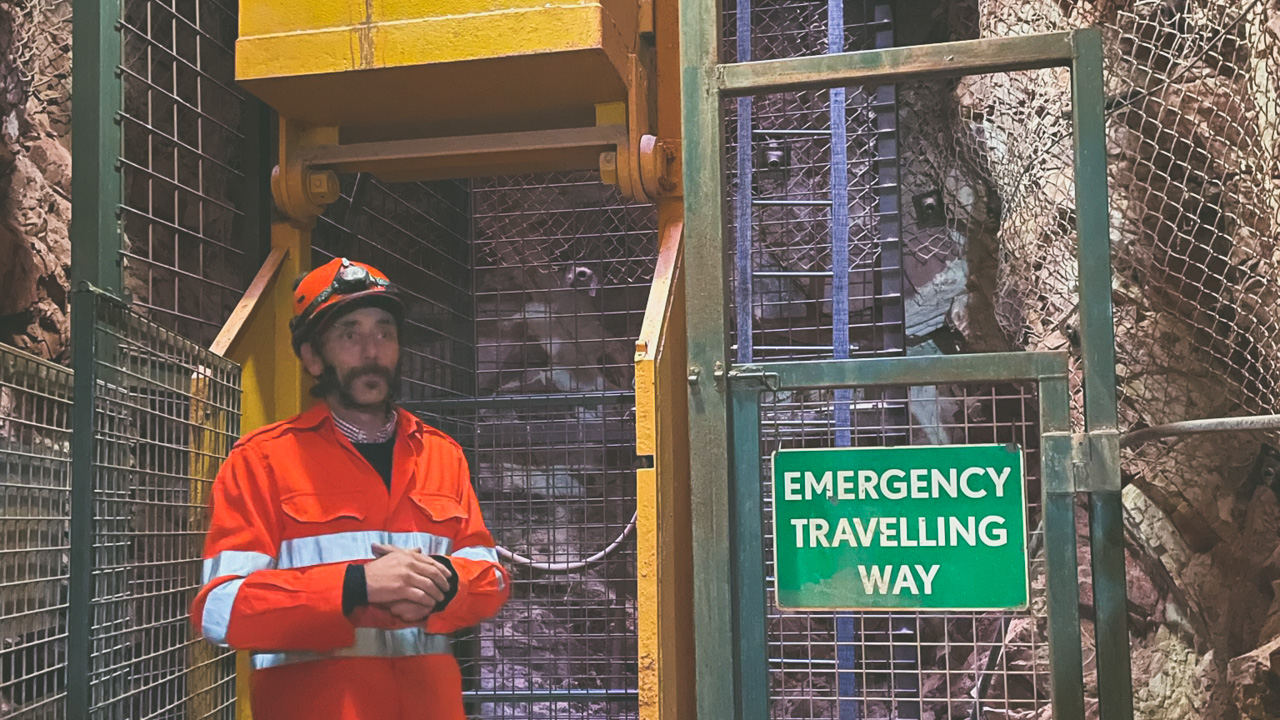 Our tour guide for the Battery Hill Underground Mine Tour At Tennant Creek was extremely knowledgeable. In fact he is a current day gold prospector and has worked in various gold mines around the country so has first hand knowledge. Dave was very well spoken and gave us an excellent history lesson on the mine we were in as well as mines in the surrounding area. Dave also gave us a great rundown on the equipment and how it used. All up it was extremely educational and well worth the entry fee. I highly recommend that you go on the Battery Hill Underground Mine Tour At Tennant Creek if you are in the area.

Dave Explaining The Use Of Explosives

J Smith Roberts discovered gold three miles north of the current town area in 1926. It was telegraph operator Charles Windley who discovered gold on what would become Tennant Creek’s first mine. It wasn’t until Frank Juppurla, an Indigenous man from the area, gave gold to telegraph operator Woody Woodruffe in December 1932 that Australia’s last great Gold Rush began. A population of 600 people quickly grew, of whom 60 were women and children. One of the last two operating ten-head stamp batteries, a government-owned ore crushing machine, is located at “Battery Hill” overlooking Tennant Creek. 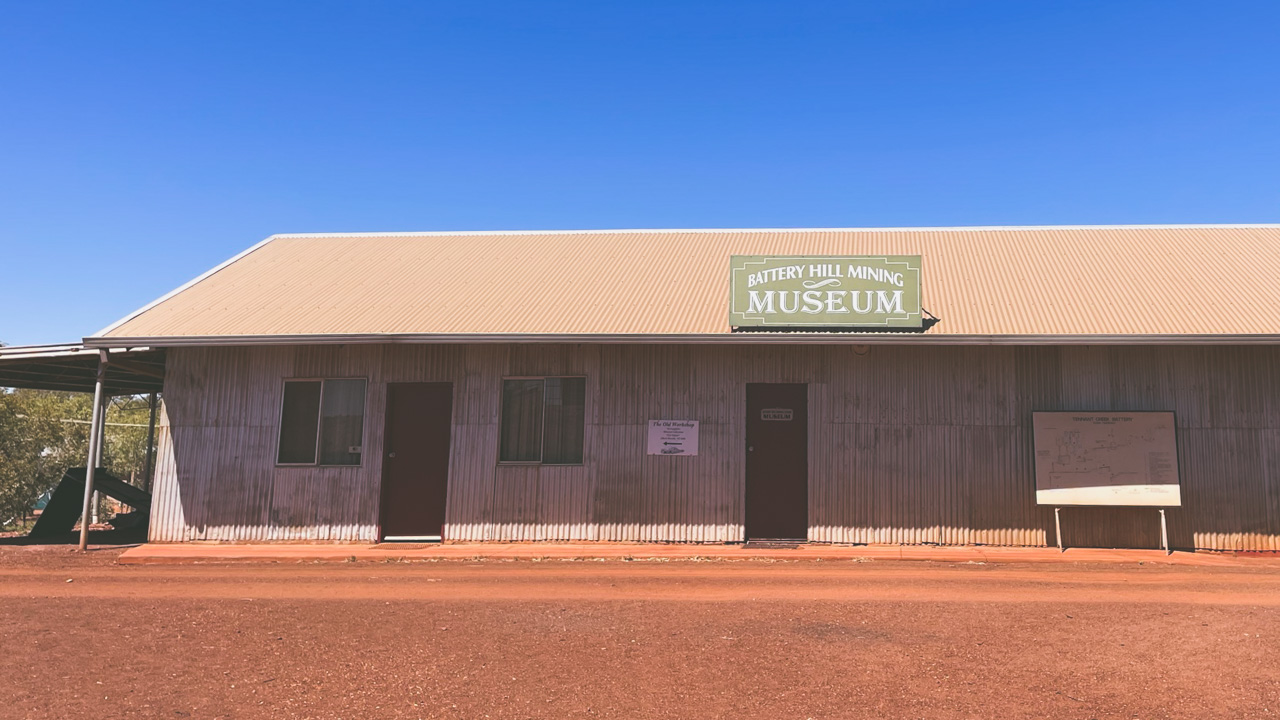 Battery Hill is located on Peko Road at Tennant Creek about 5 minutes drive from Tennant Creeks main street in Australia’s Northern Territory on Patta Land of the Waramungu people. 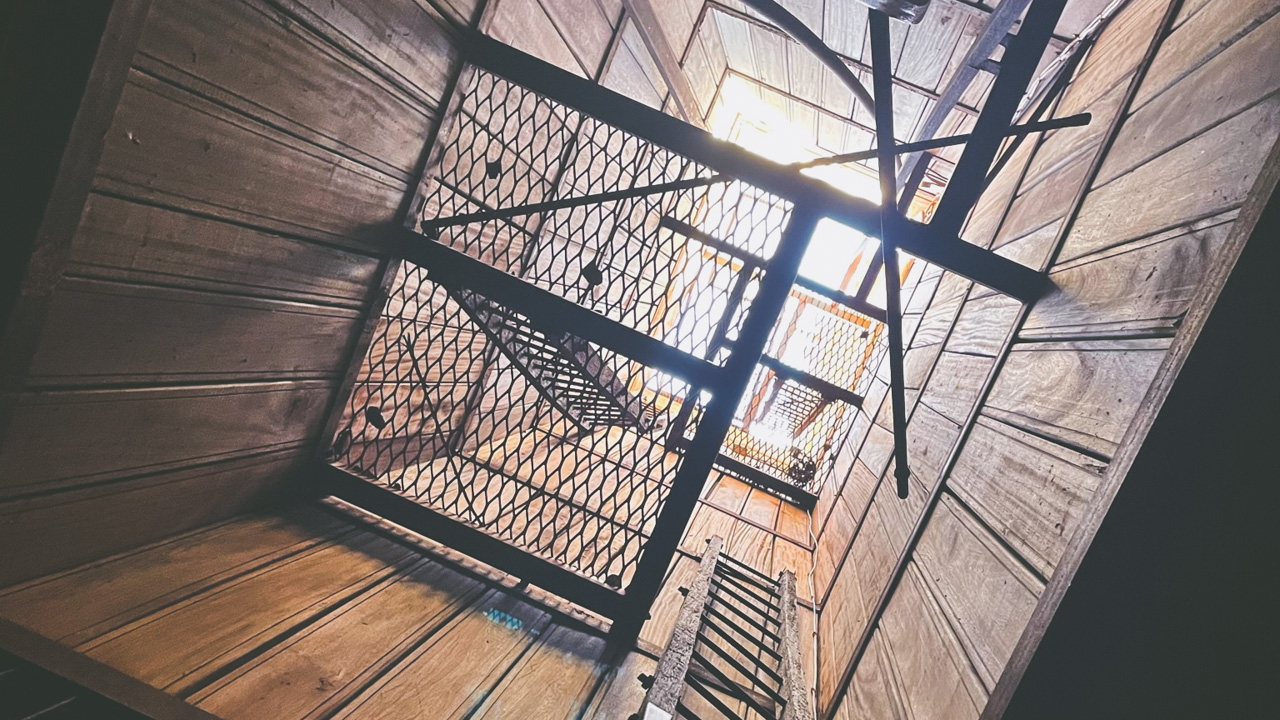