Free camping near Robinvale at Happy Valley Landing on the Murray River. It’s a nice, quiet secluded spot. I found it on WikiCamps not that far from Robinvale VIC. I’m not going to tell you the name of it or exactly where it is suffice to say it’s on WikiCamps. You can look it up for yourself.

It’s such an awesomely great spot that I’m not going to plaster it’s precise location all over the interwebs. Otherwise the nice quiet secluded spot could be overrun with people. Running generators 24/7 and blasting about on their quad bikes scaring the sheep. Send me an email if you are interested and I will give you the exact location. 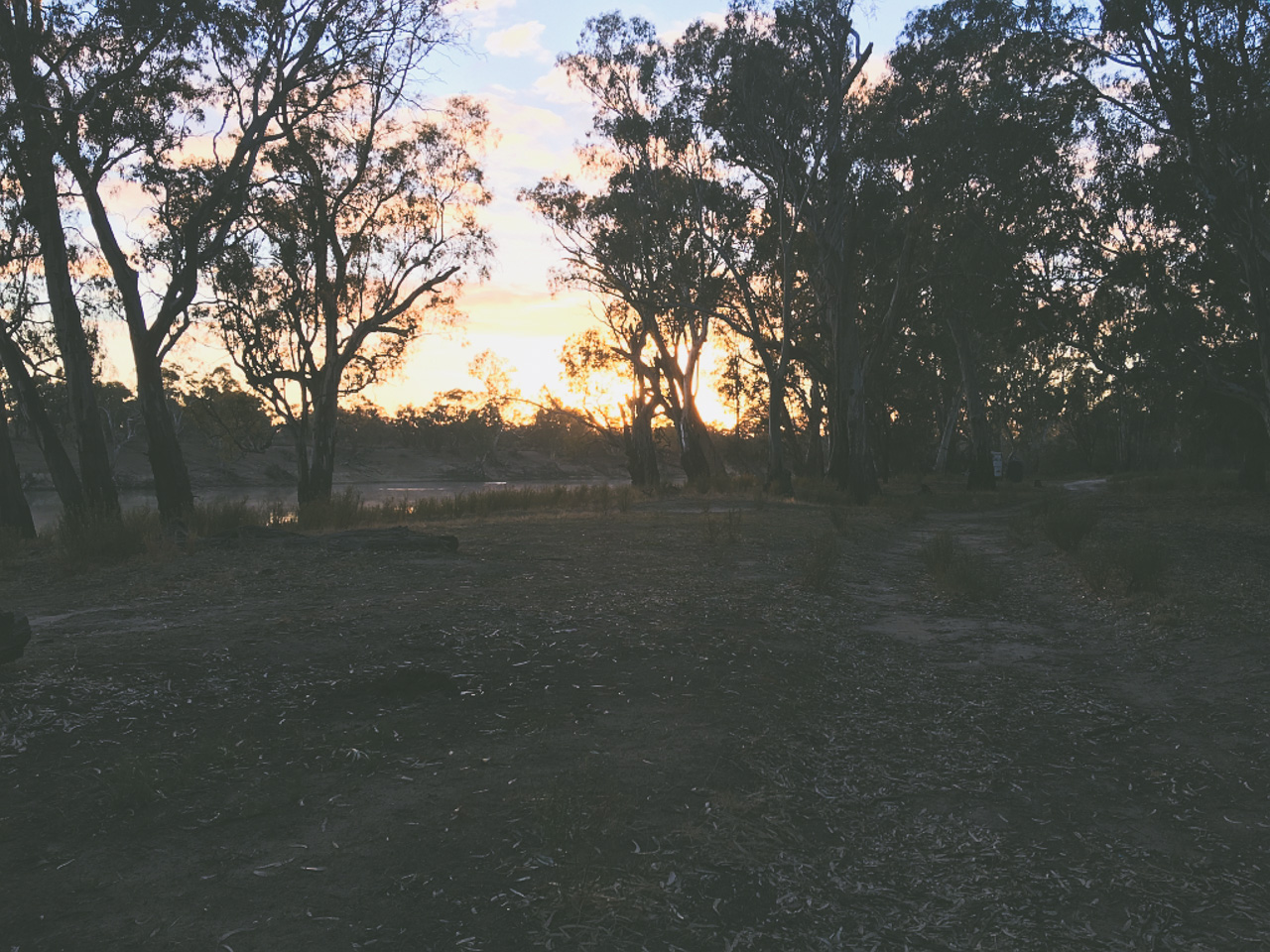 Happy Valley Landing On The Murray River Near Robinvale VIC

From Berri To Robinvale

We drove through from Berri to near Robinvale in VIC, the roads were excellent. Most of the way we were on B and C roads so traffic was at a minimum. Mostly local trucks and a few cars travelling between small regional towns. If you don’t know the difference between what the M, A, B and C classifications for example “C727” mean for roads within Australia it’s worth your time to look it up. WikiCamps has a good explanation of it here. It can help you assess the quality of road and the amount of traffic you are going to encounter. All of the states we have been in use a similar system. 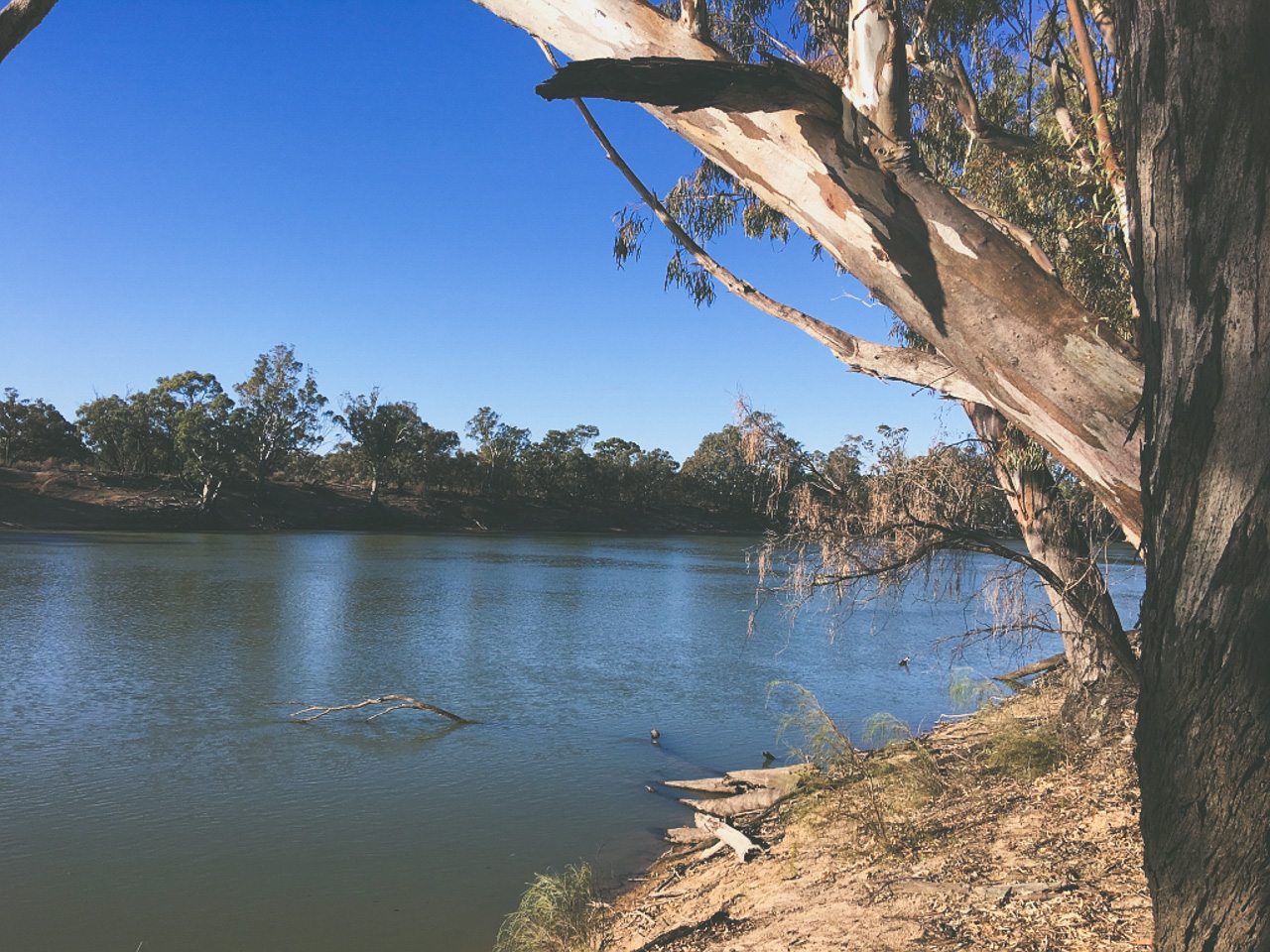 The track in is a bit tricky. It’s not too bad but you definitely need a 4×4 and an offroad camper trailer or SMALL high clearance offroad van to get in to it. No it isn’t suitable for on road vans. Same goes for semi-offroad vans, motorhomes or big rigs and you can forget bringing in your 5th wheeler. It’s quite sandy in patches with some fairly tight turns and some humps and hollows to climb up over or through. It’s really 100% guaranteed your effort if you can get in there though. At a few places the track forks off and it’d be worth your effort to get out and go for a walk down them to assess their suitability. All up I reckon there are about a dozen spots all spaced well well from each other along the track.

Awesome Spot To Get The Camp Oven Out

And there is heaps and heaps of deadfall firewood lying about for you to cut up. There’s literally more than you could poke a stick at. After setting up camp we got the fire going and sat around all afternoon reading or books and playing UNO, it was very relaxing. Just before dark a big mob of sheep wandered down the bank for a drink on the other side of the river. They were the only other things we saw all day, very peaceful. 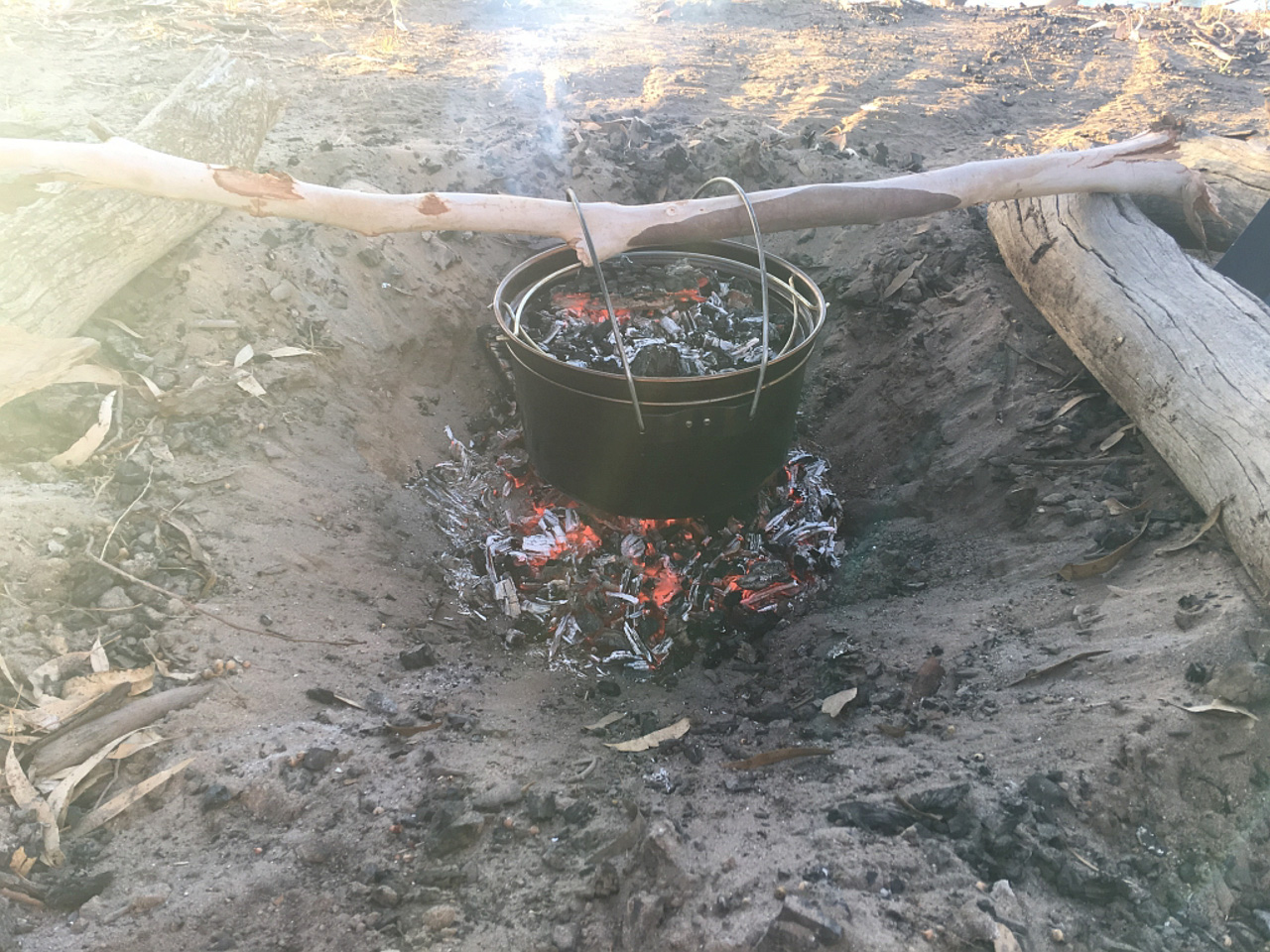 Lamb Shanks In The Camp Oven

For dinner we cooked some lamb shanks in the camp oven and they were absolute monsters, the biggest lamb shanks I have ever seen. They were absolutely beautiful. Later in the evening while sitting by the fire and having a drink Graciee got all stirred up about something – scared shitless would probably be a more accurate description. Turns out it was an echidna that had wandered in to camp for a bit of a poke around.