An awesome free camp site right on the Lachlan River – very quiet and peaceful. We spent a few nights at Hillston NSW Free Camping at Lachlan River Bridge and will be back next time we are travelling through the area. There is plenty of firewood lying around. A local farmer had been clearing his property and was bringing in a ute load of smaller wood every day for campers to use. 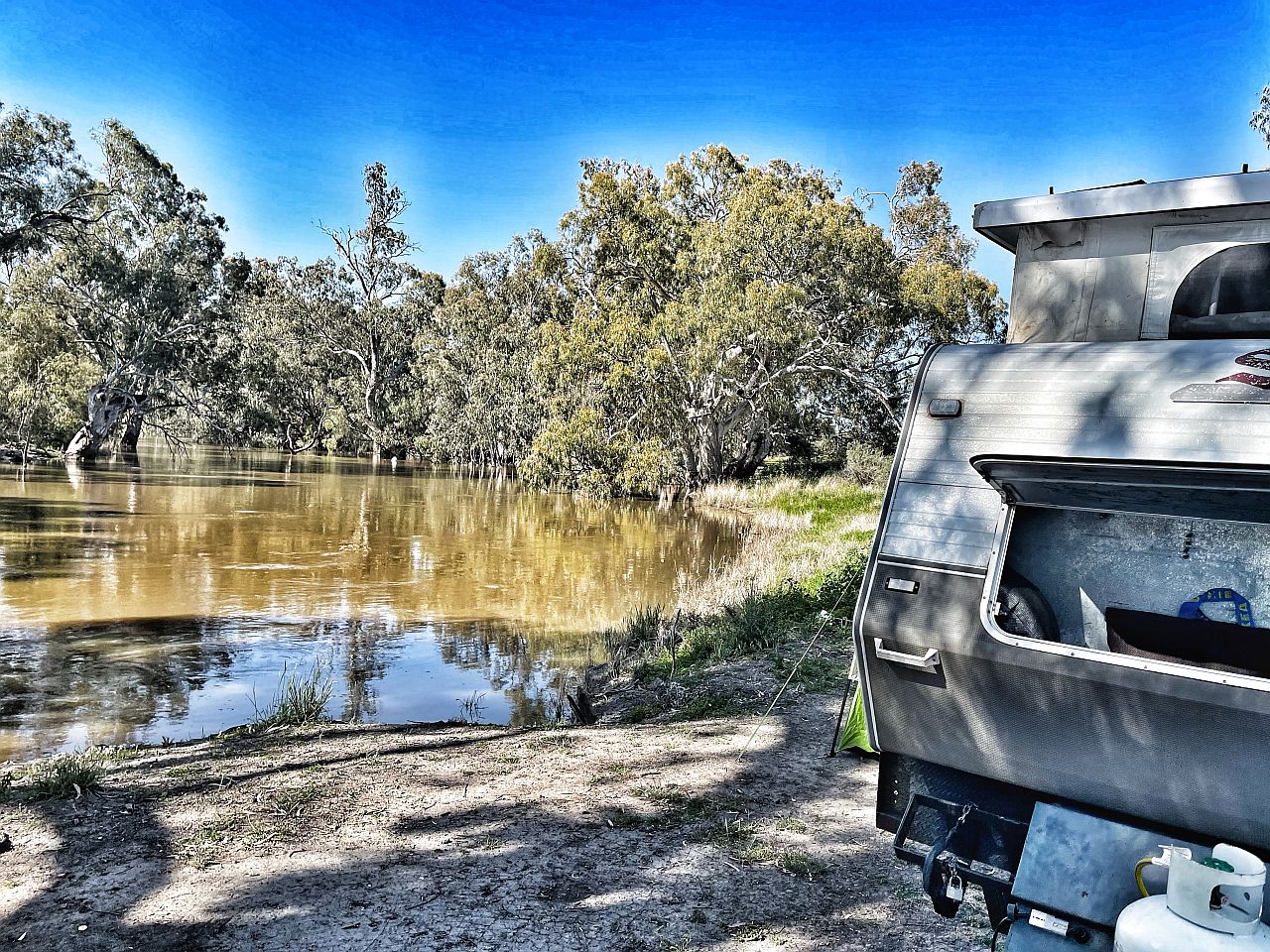 The camp site is easily accessible although it’s on black soil so it could get a bit soft and boggy after rain so keep it in mind. The town of Hillston is less than a kilometre away and it has all services including a dump point, potable water, rubbish bins, fuel, groceries and public toilets. You can bring your dog with you, there were a lot of burrs around so it is something to keep in mind for your four legged buddies. The Lachlan River Bridge camp site at Hillston on the Lachlan River has no amenities so you’ll need to be self contained. Not a problem for us as this is how we prefer to camp. 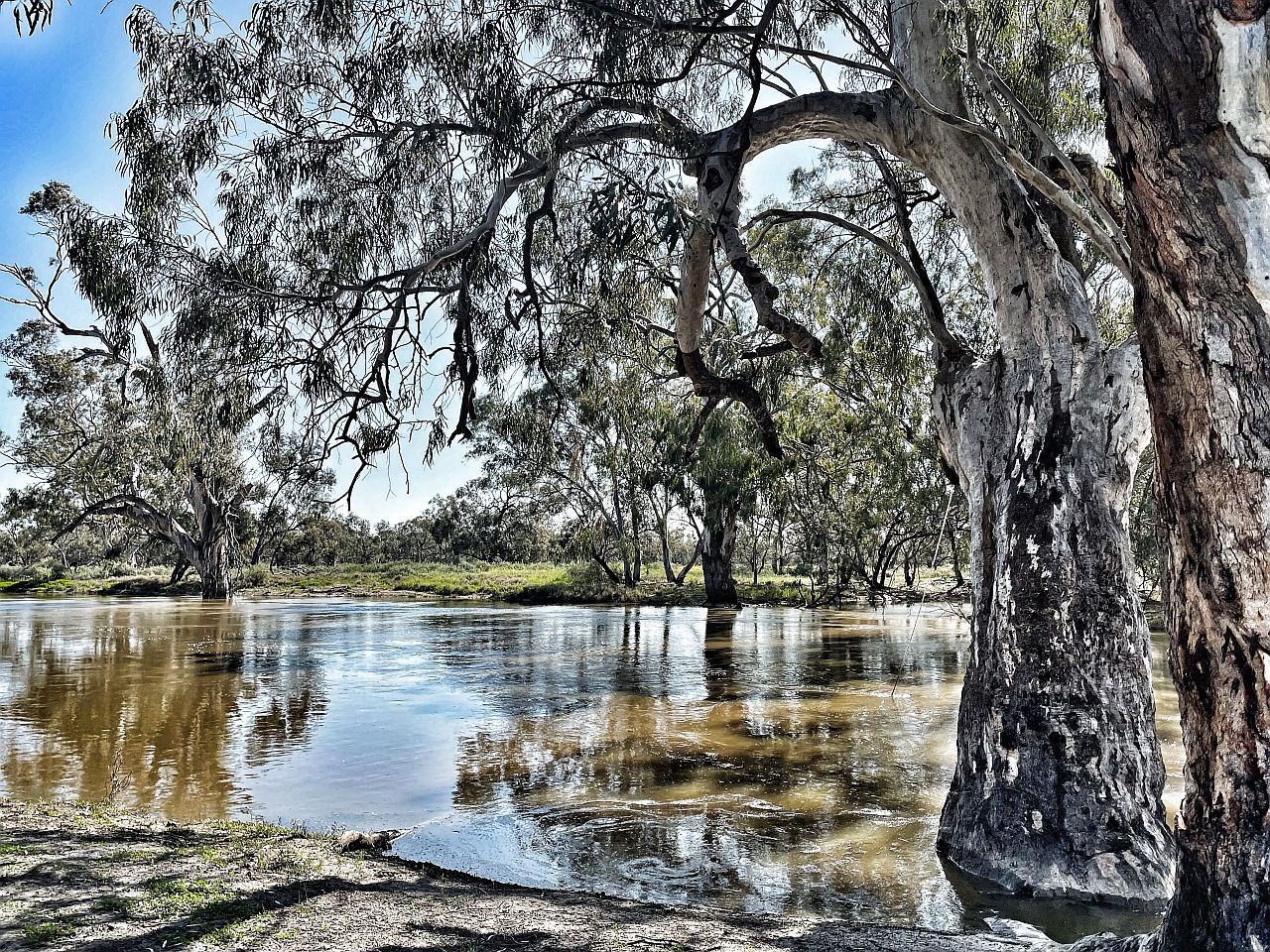 There is an abundance of bird life around the camp site. Judging by the number of people who came down to the Lachlan River near the camp site over the couple of days we were there the fishing must be pretty good. We saw a few people pulling fish from the river. They were a few hundred metres away from us so it was impossible to find out what sort they were catching. 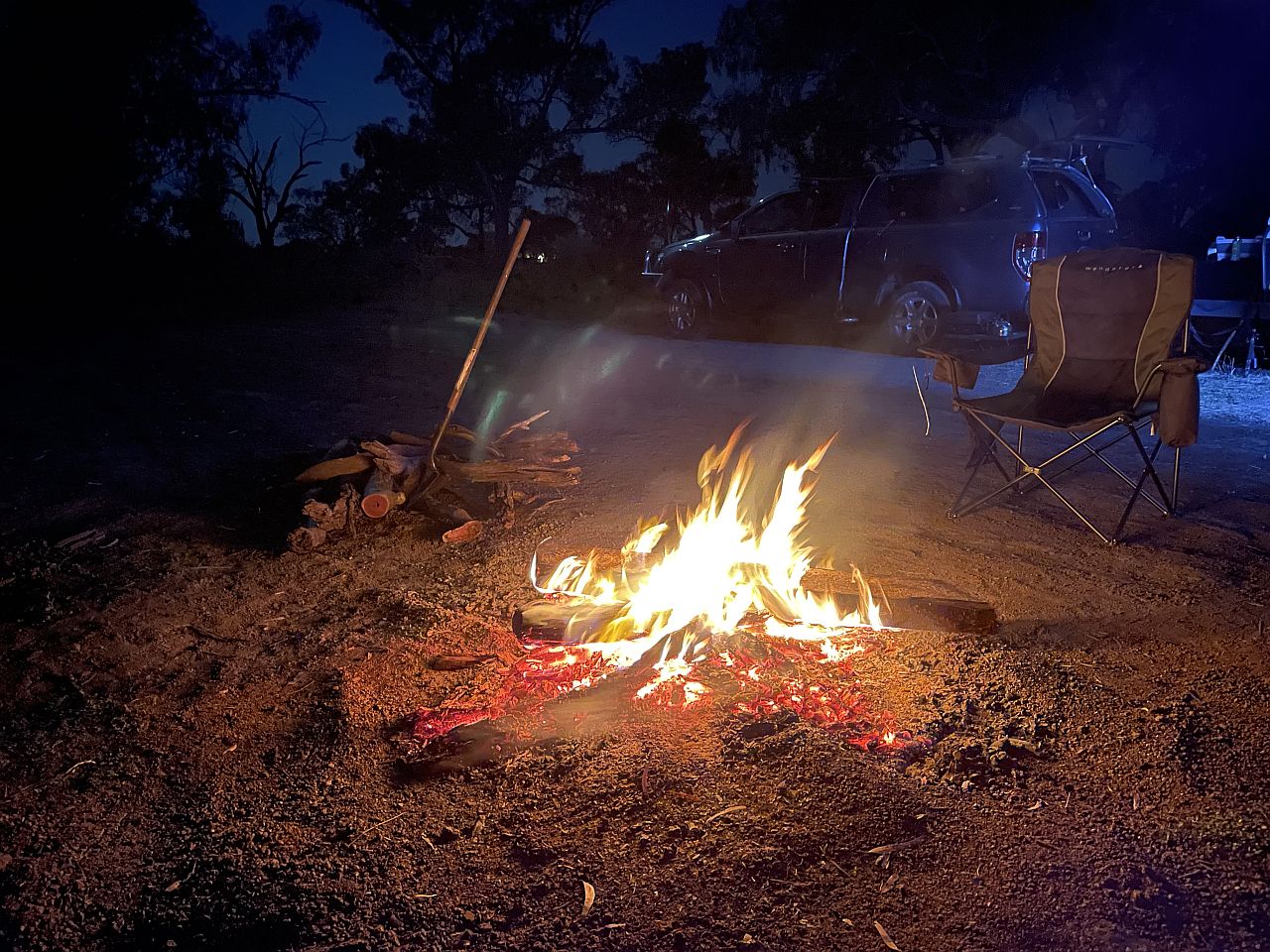 In the heart of the NSW Western Riverina Hillston lies on the banks of the Lachlan River. The small country town offers rural charm, friendly parks and many historic buildings. Willandra National Park home to kangaroos and emus, is also just a short drive away.

Hillston is a popular stopover in the heart of NSW for people travelling to the town of Bourke. Bourke lies on the Kidman Way, a scenic route between Jerilderie in the south and the Queensland border in the north. If traveling from the south to Hillston stop in Merriwagga to see the Pioneer Women Memorial. Also visit the Black Stump Hotel at Merriwagga with the tallest bar in Australia. 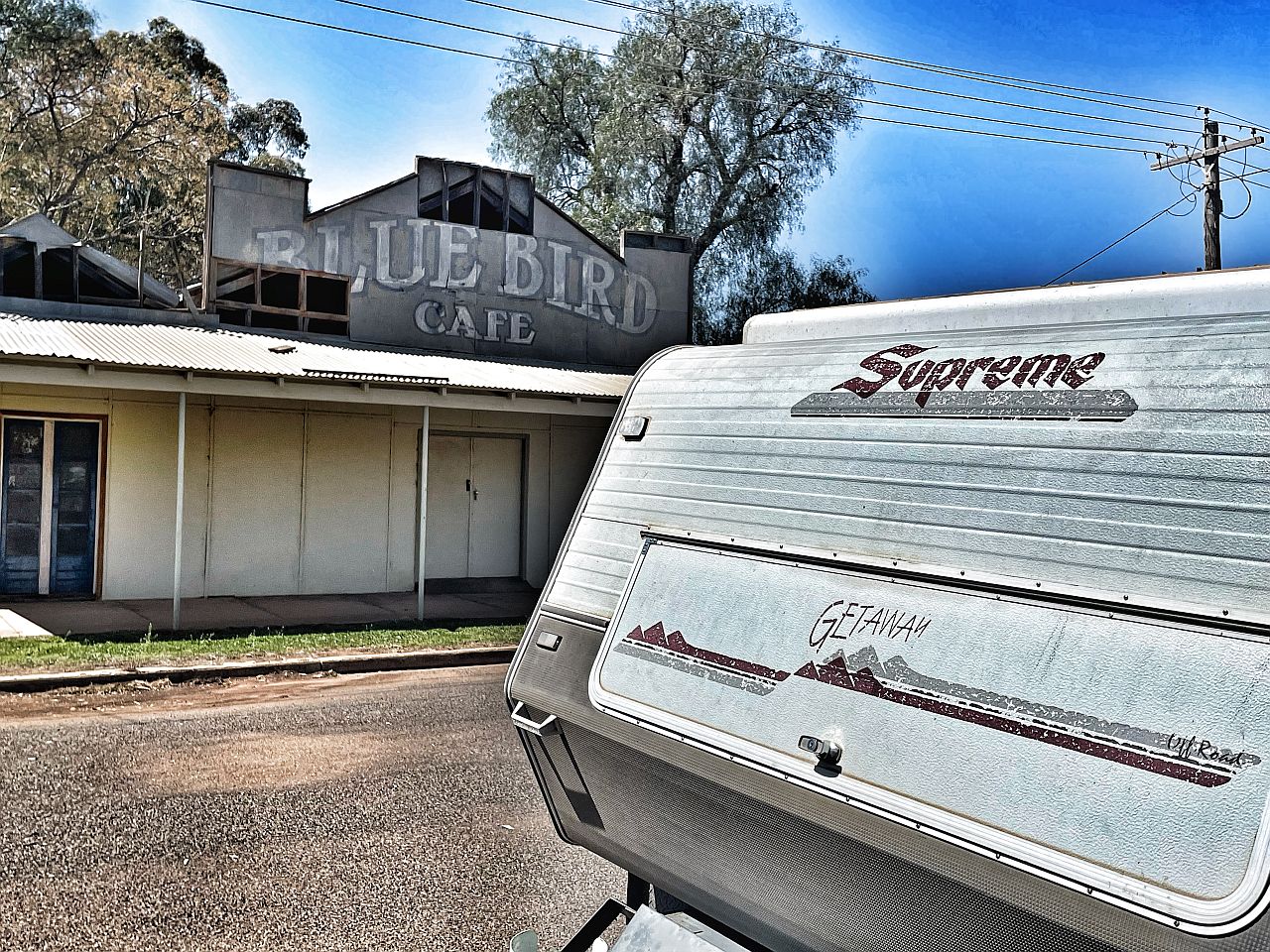 Man made Lake Woorabinda is a popular summer water recreation spot, where you can enjoy water skiing and watch seasonal birds like pelicans, swans and cockatoos.

Around Hillston, a variety of food crops are grown, including oranges, cherries, potatoes, almonds and walnuts, in addition to traditional grain crops. Water from the Lachlan River and the underground aquifer make this possible.

Hillston is a township along the Kidman Way in western New South Wales Australia in Carrathool Shire on the banks of the Lachlan River.