Replacing your caravan lights with LED lights is a simple thing to do but it makes a big difference to power consumption and light brightness and colour. I replaced all of the interior and exterior 12v caravan lighting on our van with LEDs. If you’ve got a newer caravan then you probably already have LED lights instead of the old incandescent ones. 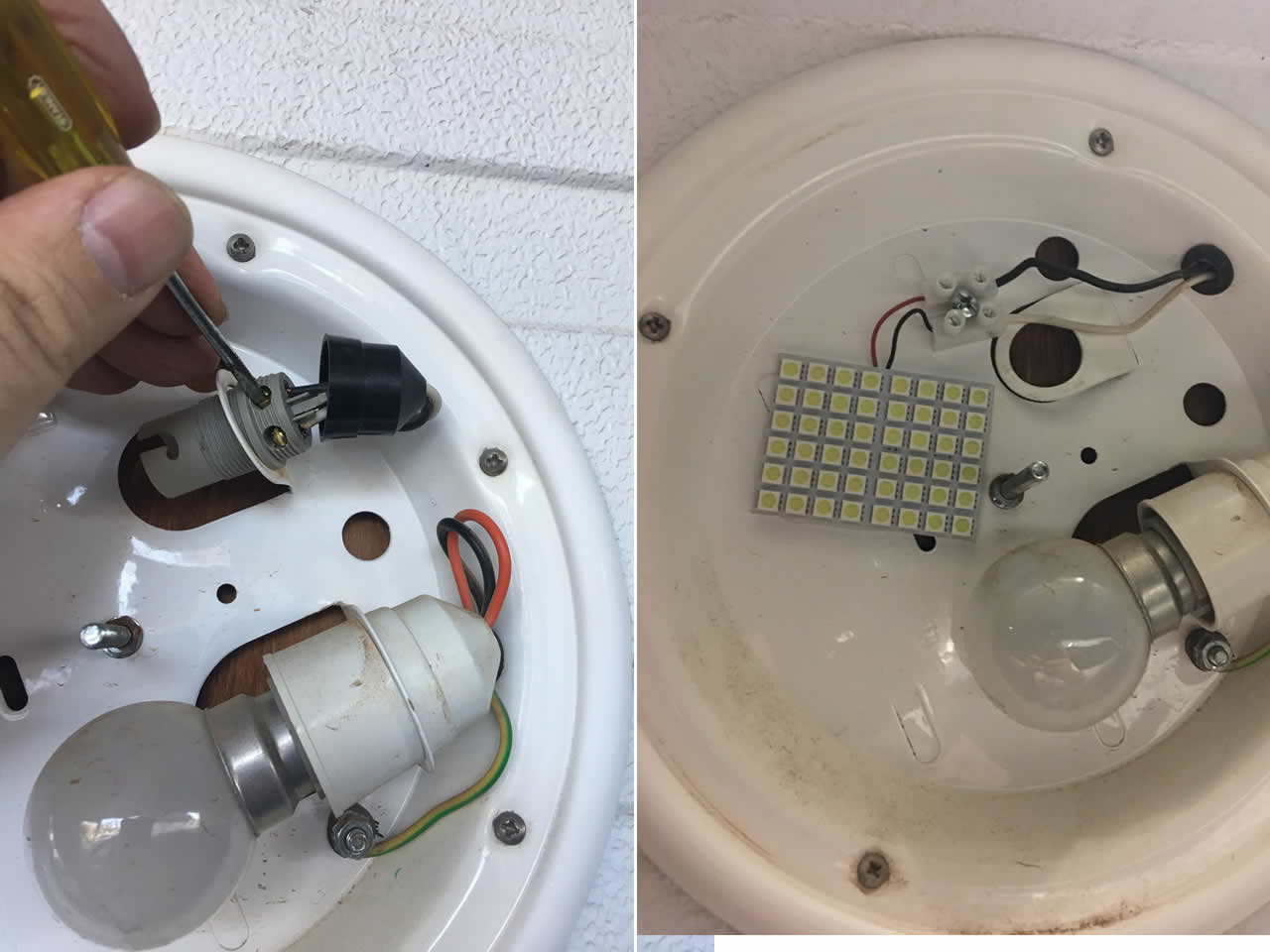 Before replacing them I checked how many amps the old ones were drawing and it was 1.71 amps. After replacing I checked the LEDs and they were drawing 0.37 amps. Quite a saving if you have two or three lights on at the same time for about 6 hours or more a day. Particularly if you are camped up and have heavy cloud cover messing with your solar. 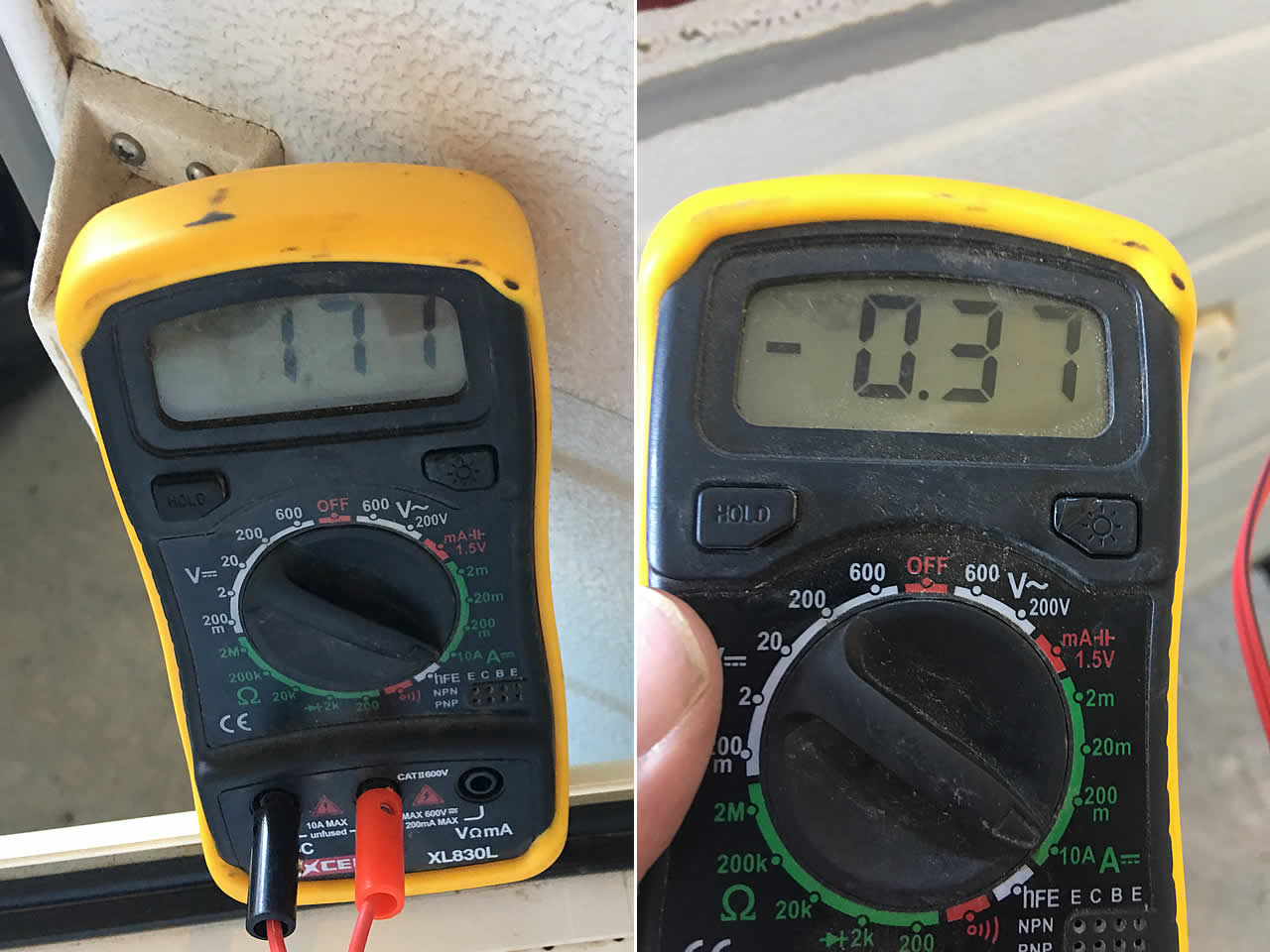 All up I replaced 5 x incandescent type globes at $5.69 a globe plus a halogen one where I had to swap the whole downlight for $24.99. Throw in $5.00 for a chocolate block connector. A tiny bit of silicone plus a handful of screws and the total cost was about $60.00.

Initially I was going to solder the connections but I figured if I ever needed to replace one the choccy block would be easier to do if on the road. The choccy blocks are held in place with a screw. The LEDs are supposed to last 50,000 hours but you never know so I have a couple of spares. The little strips came with adhesive backing however the adhesive didn’t feel that sticky to me. I have used a dab of silicone to fix them in place.

Fixed In Place With a Bit of Silicone

The LEDs themselves are the 5050 cool white type, if anything they are a touch brighter than the incandescent bulbs they replaced. 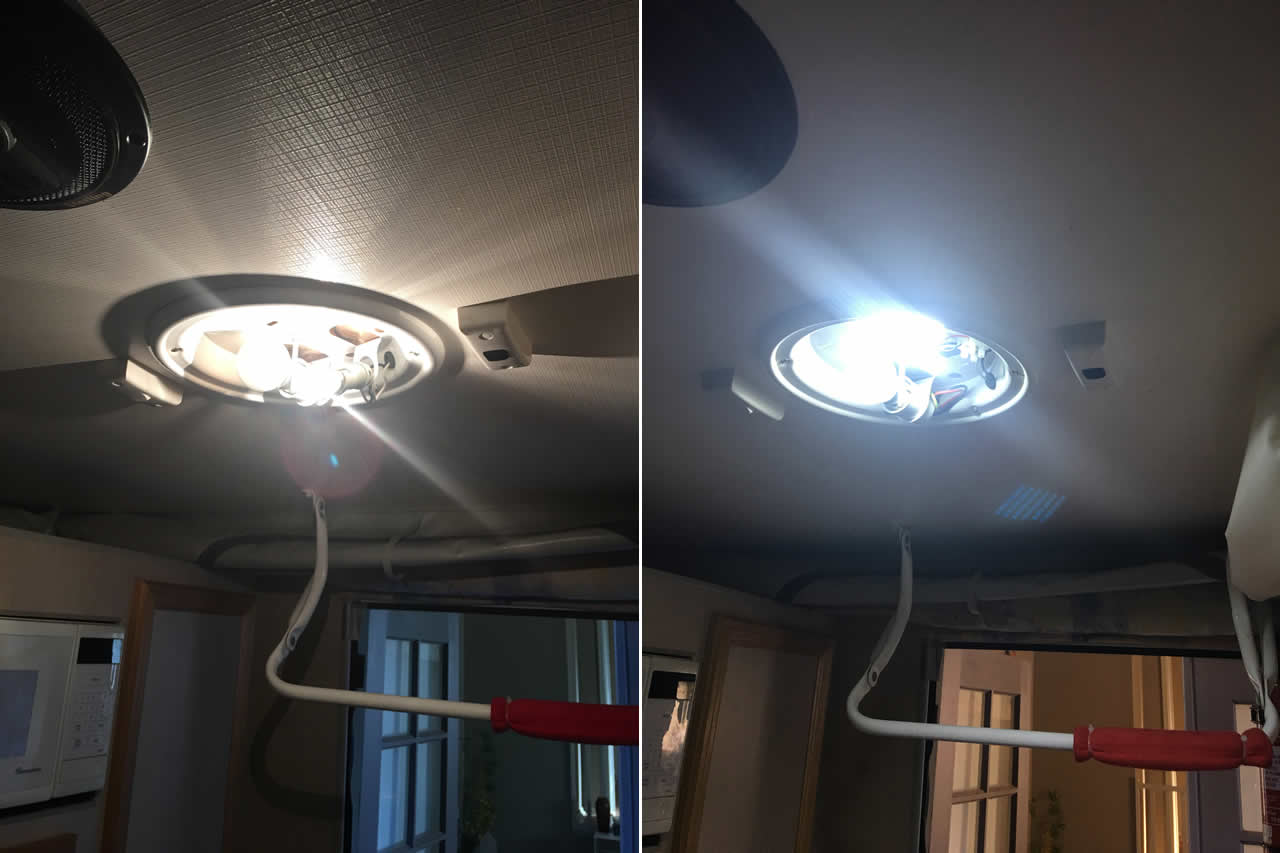